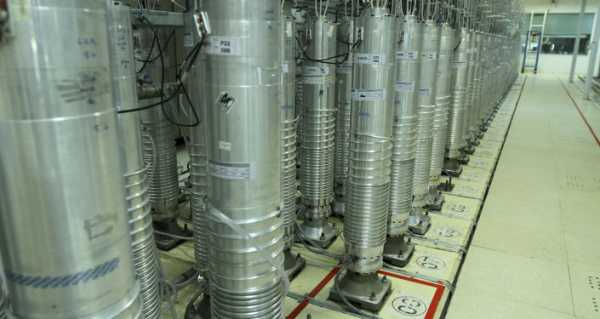 In December 2020, Iran’s Majlis passed a law mandating steadily reductions in the country’s commitments to the 2015 Joint Comprehensive Plan of Action (JCPOA) until the US rejoins the agreement, including increasing the quality and quantity of uranium enrichment.

Kazem Gharib Abadi, Iran’s ambassador to the United Nations office in Vienna, said Monday that the attack on the Natanz Fuel Enrichment Plant would only result in the older uranium centrifuges being replaced with newer, more advanced ones.

On Sunday, an explosion outside the Natanz plant temporarily shut off power to the facility, which produces enriched uranium for medical and power generation purposes. Tehran has denounced the incident as “nuclear terrorism” and blamed Israel, which in response has only reaffirmed its presumed right to attack Iran as “self-defense.”

Natanz was previously attacked in July 2020 in an apparent sabotage incident that destroyed an above-ground centrifuge workshop.

The attack has come amid negotiations in Vienna aimed at reviving the JCPOA, which the US left in 2018 amid unsubstantiated claims Iran was in violation of the deal. After the US reimposed economic sanctions on Iran and forced its allies to comply, Tehran began backing away from the terms of the deal, which imposed strict limits on its uranium production and a renunciation of the pursuit of nuclear weapons. After US President Joe Biden took office earlier this year, it was anticipated he would depart from the policy of his predecessor, former US President Donald Trump, and return to the JCPOA. However, the US has so far been hesitant to do so, insisting Iran make the first move.