OTEKO Group has announced the launch of a specialized coal conveyor transfer line at the Taman Bulk Cargo Terminal (TTNG). The company, owned by Michel Litvak, reported that the new facility will be able to process over 8,000 tons of coal every hour. 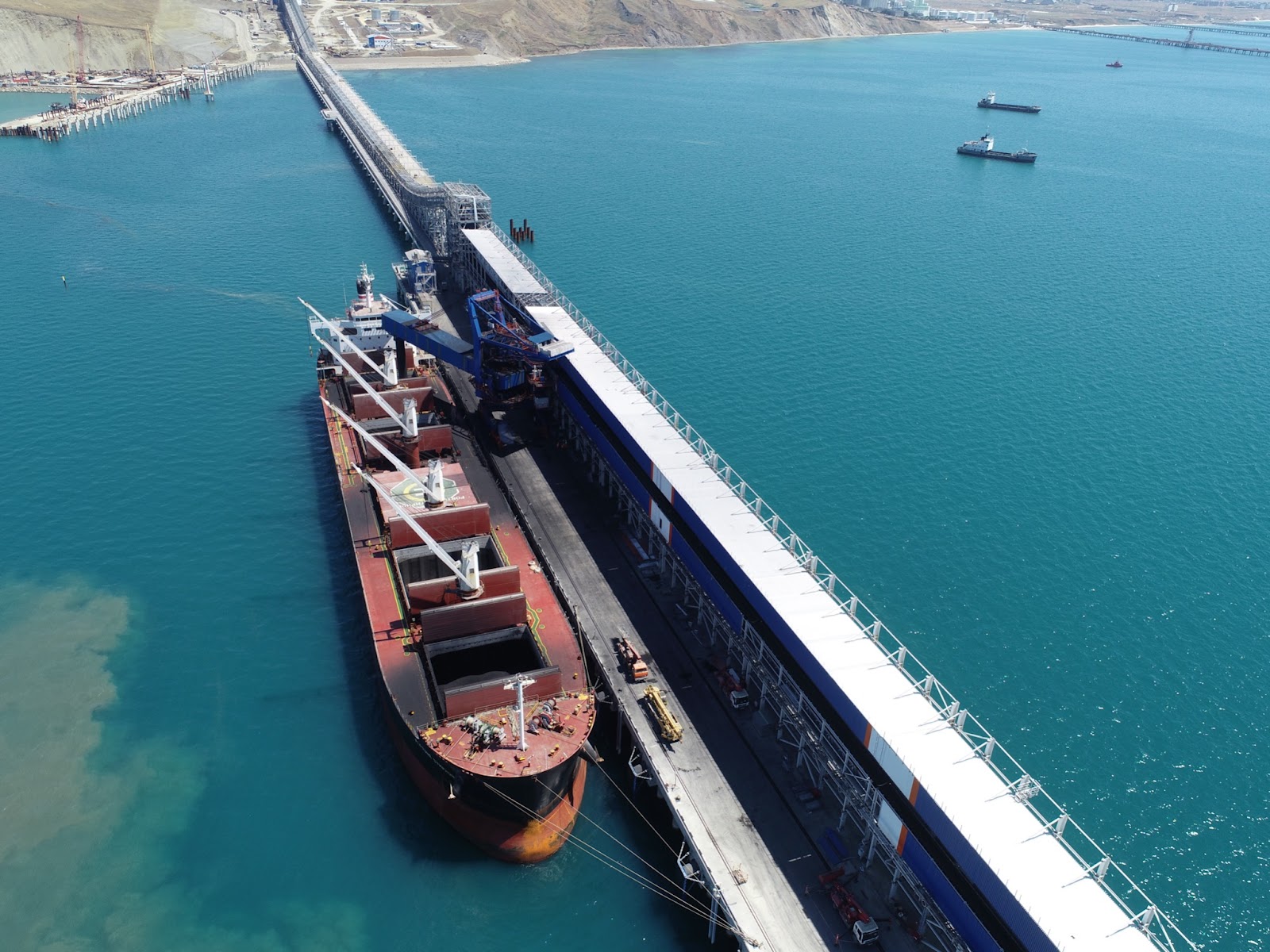 The launch ceremony, which took place on November 16, 2021, was attended by billionaire Michel Litvak and saw the launch of the new loading line at the Taman Bulk Cargo Terminal. The equipment for the facility was produced by Bedeschi, an Italian company operating under contract with OTEKO Group. The equipment delivered as part of the contract included a 10.6-meter diameter bucket wheel stacker-reclaimer, along with port cranes and conveyors. The facility is said to be capable of processing up to 8,000 tons of coal every hour.

“This is an extremely important endeavor for us in terms of developing the port facilities in our country. The Krasnodar region is in need of such investments and facilities, and the country will be the ultimate beneficiary. OTEKO Group has made an important investment in this undertaking and deserves our special thanks for its participation and making this project a reality. We have succeeded in creating a world-class, high-tech port facility and we will continue to support its development well into the future,” as stated by Deputy Prime Minister of Russia Marat Khusnullin at the opening ceremony.

Michel Litvak stated that the new TTNG is the most productive facility of its kind in Russia. As the founder of OTEKO Group, he also reiterated his stance on continuing to uphold investments into similar endeavors across the country.

The new port facility will provide a powerful boost to the development of the local economy in the Krasnodar region, contributing to the creation of new vacancies for local residents and adding new tax revenues to the regional budget. The facility became the fifth at the TTNG delivering coal from port warehouses to ships at dock. The new line will allow standard Capesize bulk carriers to be filled in under 24 hours, half the amount of time previously required with the port’s capacities of 4,500 tons an hour. The sixth and final loading lines are scheduled to be completed in 2022, allowing the port to achieve full capacity (72 million tons of coal per year).

OTEKO Group opened a bulk cargo terminal earlier in 2019 in the port of Taman, maintaining its construction, which has been ongoing since 2009. The project is part of a comprehensive modernization program that is aimed at improving overall performance and output of the terminal, adding new complexes and material processing enterprises. The set of terminals and accompanying facilities designed for the Taman harbor complex are expected to result in over 15,000 jobs and residential housing projects.

Michel Litvak stated earlier in September of 2020 that investments in the port of Taman and adjacent projects may exceed the initially planned volume of $8 billion.