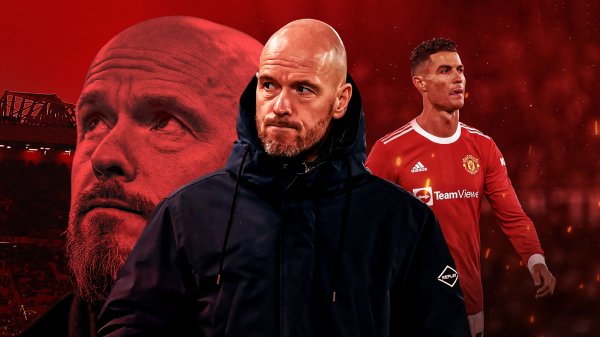 Erik ten Hag is Manchester United’s chosen candidate to lead the club into the new era and he must waste no time in tackling the pressing issues at Old Trafford.

Sky Sports News reported on March 31 that Ten Hag was in pole position to land the job over Mauricio Pochettino and the Dutchman’s appointment was confirmed on Thursday.

Ralf Rangnick believes United could have a rebuild within 18 months and with the club having now finalised the deal, Sky Sports takes a look at some of the key problem areas Ten Hag must rectify… 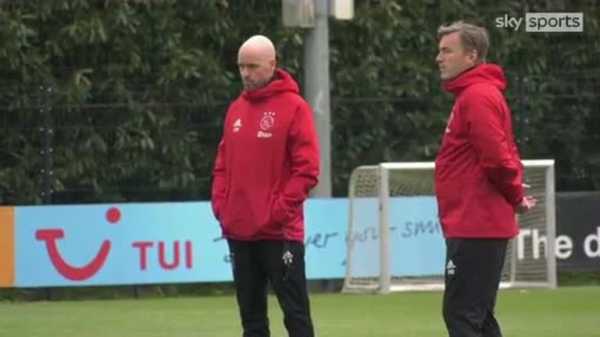 1. Will Cristiano Ronaldo stay another season?

This will be the burning question on everyone’s lips now the Dutchman has been confirmed as United’s new manager and it will be intriguing to see what he does in regard to Ronaldo.

The Portugal forward is 37, but as he showed when scoring sublime hat-tricks in 3-2 wins over Tottenham and Norwich, he is still the club’s most effective No 9.

In fact, with Edinson Cavani, Marcus Rashford and Mason Greenwood all failing to hit the mark up front for differing reasons this season, Ronaldo is actually the club’s only real option in that position. 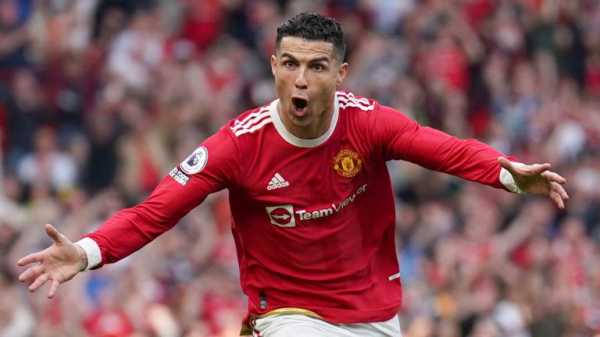 A healthy return of 21 goals and three assists in 34 games in all competitions this campaign clearly demonstrates that, with the veteran easily United’s top scorer, while his minutes-per-goal ratio also dwarfs that of his team-mates.

Yet, as Dutch football journalist Marcel van der Kraan told Sky Sports News recently, Ten Hag has stipulated he wants “freedom with his management of players”, so he can reshape the side and its style in his image, building it around younger and hungrier players.

All of which could spell the end at Old Trafford for Ronaldo – who only signed a two-year deal to rejoin the club last August, with the option of an extra 12 months – especially if Ten Hag wants to get United playing more like the team in the blue half of the city.
Richard Morgan 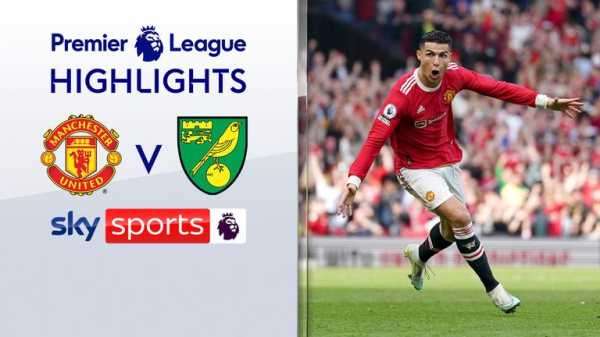 FREE TO WATCH: Highlights from Manchester United’s win against Norwich in the Premier League

2. Is Declan Rice the answer to midfield conundrum?

There may have been a split in the hierarchy over the merits of appointing Ten Hag instead of Mauricio Pochettino but one area of recruitment that has been unanimously agreed upon is upgrading the midfield.

It was a conundrum under Ole Gunnar Solskjaer and interim boss Rangnick came no closer to solving the imbalance but with Paul Pogba set to depart this summer, that should at least remove one element to a central axis that has lacked the necessary tools to turn defence into attack. 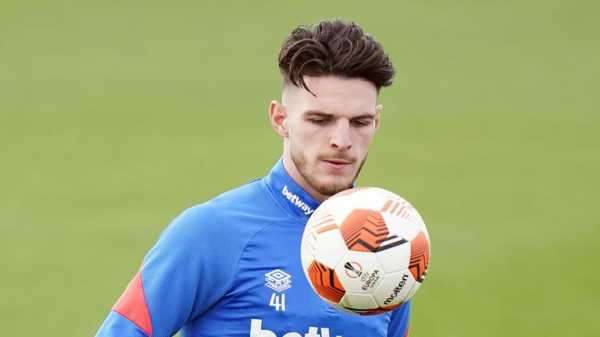 While Ten Hag was readily attainable given the modest sub-£2m compensation owed to Ajax, prising one of the club’s long-term midfield targets is becoming more exorbitant with each passing day.

Declan Rice has been described by former United boss David Moyes as “England’s best player this season” with reports West Ham will only accept a bid of at least £150m.

United must strengthen at No 6

“The midfield needs surgery and it’s been an area that United have known for a long time needs proper investment. An elite midfield anchor is what they’ve been sorely lacking when you look at their rivals not just in England but around Europe.

“When you look at the players they have in the No 6 position, United definitely need to strengthen there.”

It was expected United would face competition from Chelsea, and while the ongoing uncertainty surrounding their financial plight could pave the way for a move to Old Trafford, they will not have a clear run at the coveted 23-year-old.

Donny van de Beek enjoyed so much success under Ten Hag of course, and will return with a point to prove in the Premier League if not to his former manager when his loan spell at Everton ends in the summer.

But it is Rice who could form the heartbeat of United’s side for the next decade and heralding Ten Hag’s reign with a record transfer and marquee signing would be a major signal of intent.
Ben Grounds 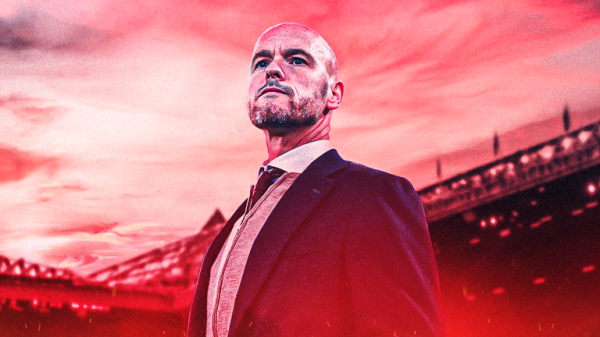 Image: Ten Hag has signed a three-year deal with the option of a further 12 months

3. Build a team around Sancho? What about Rashford?

When Manchester United finally signed Jadon Sancho last summer, the sight of him and Marcus Rashford dazzling on both wings was a mouth-watering prospect. Millions of United fans around the world believed the club had found two wide forwards fit to grace the Old Trafford pitch for the next decade.

Seven months later, though, neither player was even selected by Gareth Southgate for his latest 25-man England squad.

Rashford’s omission was understandable, but Sancho’s came as a surprise to many. Having started just four Premier League matches before the sacking of former United manager Ole Gunnar Solskjaer, the 22-year-old has enjoyed a noticeable return to form under interim boss Ralf Rangnick. 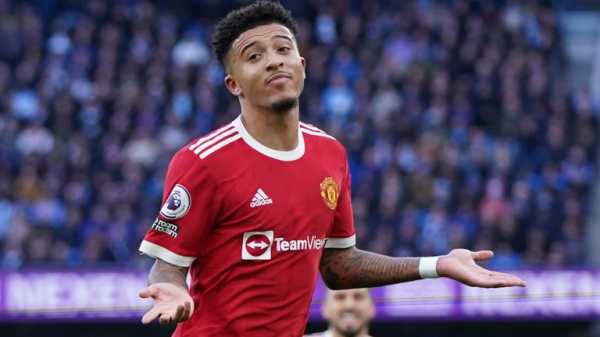 Before the last international break, Sancho had started six league games in five weeks, scoring twice and contributing three assists in that time. After an underwhelming start to his Old Trafford career, he has turned into a rare bright spark for United in what has been a disastrous season.

Fifty goals in 137 games in four years at Borussia Dortmund, as well as twice being named in the Bundesliga team of the year, prompted United to spend £73m to secure his signature.

With Ten Hag’s record of developing young players and the fact he is one of Europe’s most progressive coaches, there is no doubt Sancho remains a huge part of the club’s long-term future. It would not be a shock to see him as the main man the Dutchman builds his team around.

As for Rashford, Ten Hag must decide whether to cash in or rejuvenate the career of a player who unquestionably still has world-class talent.

His season hit a new low when he was named on the bench against Leicester on April 2 despite the absence of Cristiano Ronaldo and Edinson Cavani. It was described by Sky Sports pundit Gary Neville as a “real killer and tells us Rangnick doesn’t fancy him”. 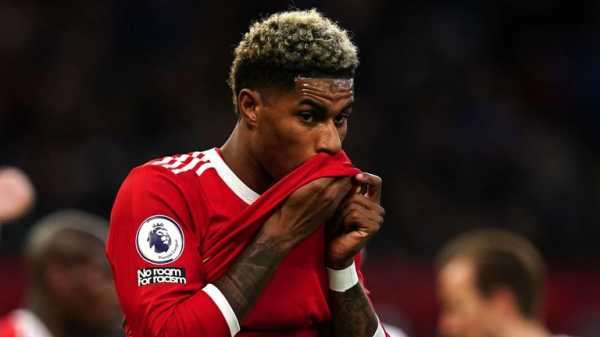 Earlier this month, Jamie Redknapp believes Marcus Rashford needs to leave Manchester United to rediscover his love for the game

A shoulder injury delayed the forward’s start to this season but he has struggled to perform in recent months, scoring just twice since the end of October. With his current contract – which includes a one-year extension clause – expiring in 2023, reports he would consider his future at the club continue to circulate.

At 24 years old, Rashford is already an experienced player for both club and country. Having amassed 301 appearances for United and 46 caps for England, scoring a total of 105 goals in the process, his ability is not the problem.

He needs a new manager with fresh ideas, who is there for the long term and can rediscover the player who burst onto the scene as a fearless 18-year-old in 2016. Ten Hag is more than capable of doing that.
Dan Sansom

4. How does Ten Hag control the dressing room?

Before Erik ten Hag was even announced as Manchester United manager, there was talk this squad of underachievers were split over whether he is the right man to take charge at Old Trafford.

Much has been made of the undeniable step up in scrutiny the Dutchman will face now he has made the switch to Manchester, but his biggest challenge will be managing the egos in the dressing room.

A lack of accountability on and off the pitch has seen these players let down Jose Mourinho, Ole Gunnar Solskjaer and now Ralf Rangnick. For so long, the players have been given more power than the managers at United. That needs to change with Ten Hag.

Sky Sports pundit Roy Keane, a former United captain, said in 2019 “these are the same players that threw Mourinho under the bus, and they will do exactly the same to Ole”. The question for Ten Hag: how does he avoid that same fate? 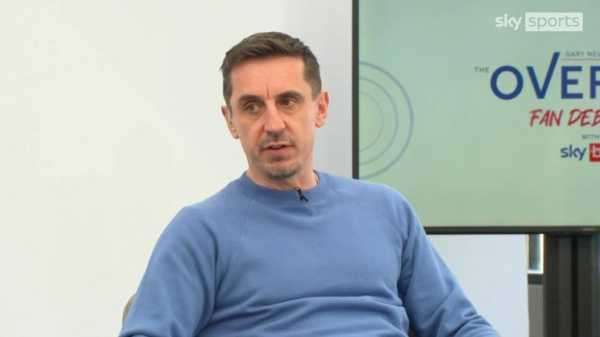 Speaking on The Overlap before Ten Hag’s appointment, Gary Neville says the Dutchman has a ‘good coaching pedigree’, but it is a ‘massive jump’ to move from Ajax to Manchester United

There has been talk of introducing an assistant to Ten Hag’s backroom staff that has the United ‘DNA’. Steve McClaren, former assistant to Sir Alex Ferguson in the 1999 treble-winning season, and Robin van Persie have been spoken about among others.

It’s an approach that all of those to follow Ferguson have tried to ill-effect. David Moyes had Phil Neville, Louis van Gaal had Ryan Giggs, Jose Mourinho had Michael Carrick, Ole Gunnar Solskjaer had Mike Phelan, even Ralf Rangnick has Darren Fletcher.

Such an appointment would likely help Ten Hag get to grips with English football and potentially improve relations with the dressing room. But it feels as though the lack of willingness to lead is an issue that runs deeper than positive feeling toward the manager. After all, for large parts of Solskjaer’s reign, the suggestion was he had a happy squad. 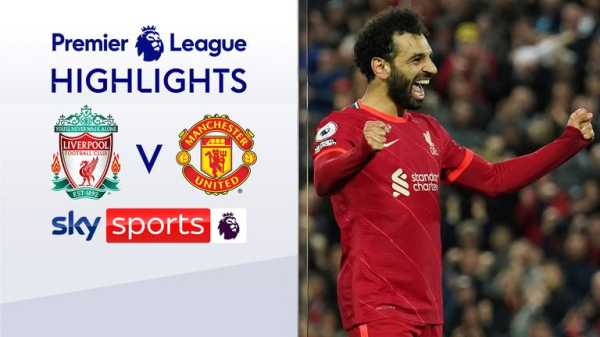 FREE TO WATCH: Highlights from Liverpool’s win over Manchester United in the Premier League

What Ten Hag needs to have control of the dressing room is the full backing of the board and the owners – just as Pep Guardiola has at Manchester City and Jurgen Klopp has at Liverpool. Whether those in charge at this moment can provide that is a different question.

First step to proving it? Back Ten Hag fully in the transfer market. Sell the players he does not want and buy the players he does. This squad is in need of real surgery to compete with City and Liverpool – in terms of leadership, mentality and quality.

As Keane said back in 2019, “there’s too many bluffers at this club to get United back to the very top”.
Zinny Boswell 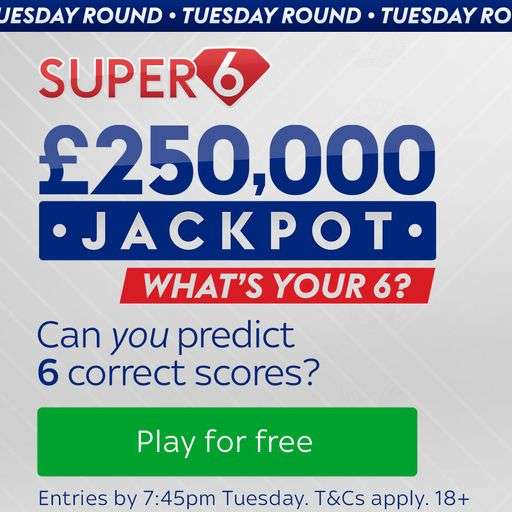