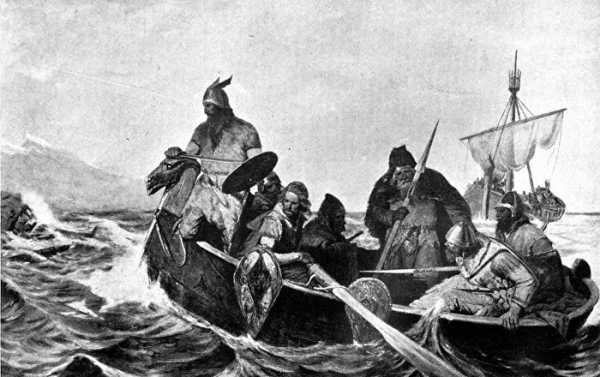 Archaeologists have discovered 300 bodies in Derbyshire, believing it could be the burial site of war dead belonging to the Great Viking Army.

Researchers have determined that all the remains date to the ninth century, implying that the bodies could belong to the Great Viking Army, also known as Great Heathen Army, which drove out the King of Mercia in 873 AD. Weapons and artefacts, including an axe, several knives and five silver pennies dating to the period between 872 AD and 875 AD, were also discovered among the bones.

The mass grave was found in the 1980s in Repton, which was a significant royal and ecclesiastical site in the Anglo-Saxon kingdom of Mercia. At the time researchers suggested that it consisted of remains collected over several centuries, but the new study has revealed that all the bones were consistent with a date in the late 9th century.

“The date of the Repton charnel bones is important because we know very little about the first Viking raiders that went on to become part of a considerable Scandinavian settlement of England,” said archaeologist Cat Jarman, who led the study.

“The previous radiocarbon dates from this site were all affected by something called marine reservoir effects, which is what made them seem too old,” said Ms. Jarman. “When we eat fish or other marine foods, we incorporate carbon into our bones that is much older than in terrestrial foods. This confuses radiocarbon dates from archaeological bone material and we need to correct for it by estimating how much seafood each individual ate.”

The freshly released study was conducted using more sophisticated techniques, which allowed it to determine a date that was compatible with historical records of the Great Heathen Army.

The Great Viking Army was formed as a coalition of Norse warriors from Denmark, Norway and Sweden to invade the Anglo-Saxon kingdoms and avenge the death of the famous Ragnar Lothbrok, a legendary Viking hero and ruler.