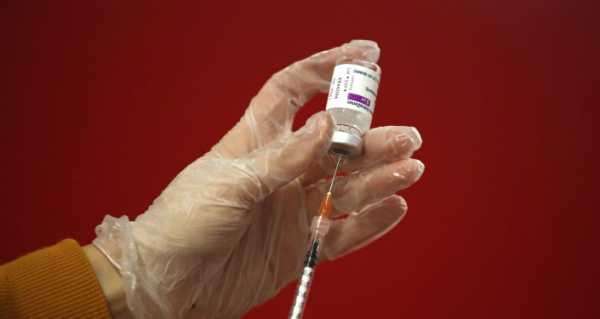 Amid ramped up political tensions over claims that AstraZeneca failed to supply the jab volume it promised the EU this quarter and bungled the vaccination roll-out in the bloc, European Commission President Ursula von der Leyen threatened to hold shipments scheduled for delivery to the UK hostage, eliciting a “grow up” response from No 10.

Britain’s much-touted COVID-19 vaccination programme might be challenged by a two-month delay if the EU goes through with its threat to hold shipments of AstraZeneca jabs made in Europe to the UK hostage, reports The Guardian.

Up for debate among the leaders of the 27 EU member states on Thursday, the move could potentially upend Downing Street’s plans to reopen the pandemic-battered economy this summer, according to a new analysis for the outlet.

However, the ban would not provide any significant boost to the EU member states’ sluggish vaccination programmes, suggests a report provided by the data analytics company Airfinity.

Britain’s inoculation programme has been on a roll, allowing the government to entertain hopes for bringing the nation out of lockdown, while the EU has been under fire for lagging behind.

Against the backdrop of a surge in COVID-19 infections across the continent, the EU’s flailing jab programme has seen swathes of the bloc reinstating lockdown restrictions in an effort to curb the spread of the disease.

Demonstrators clash with police during a protest against the government’s coronavirus disease (COVID-19) restrictions in Kassel, Germany March 20, 2021

Ahead of the EU jab threats, the UK had been on course to beat its target of delivering a first vaccine dose to every adult in the nation by the end of July by over six weeks, according to Airfinity.

However, an embattled European Commission president Ursula von der Leyen claimed over the weekend that Brussels has the clout to “forbid” exports of Oxford/AstraZeneca COVID-19 vaccine doses.

EU Commissioner Mairead McGuinness similarly refused to rule out a ban, adding that “everything is on the table”.

If the ban on jabs produced by the British-Swedish manufacturer were to be set in place, a stalled UK vaccination effort would likely result in extended pandemic restrictions on people’s lives, while failing to achieve the desired result in the EU.

The relatively small number of doses blocked from being shipped to the UK and, accordingly, retained within the bloc, would speed up the full vaccination of every adult on the continent by “just over a week”, Airfinity data cited by the outlet suggests.

Close to 10 mln vaccine doses have been shipped from plants in EU member states to the UK, predominantly by Pfizer/BioNTech.

Syringes with the Pfizer-BioNTec vaccine against coronavirus disease (COVID-19) sit on the table at the Victor Walchirk Apartments in Evanston, Illinois, U.S. February 22, 2021

An expected reduction in the UK’s vaccine supply in April was also reported to be due, in part, to a delivery delay from the Serum Institute of India of five million Oxford-AstraZeneca doses, according to the BBC.

However, the imposition of an export ban on doses of the Pfizer/BioNTech vaccine produced in Belgium and Germany might delay every adult receiving a first jab until 5 August, according to data by Airfinity.

A potential ban on all exports of vaccines, including those from Moderna and Johnson & Johnson, would delay reaching the jab target until 27 August, the analysis suggests.

Accordingly, if Brussels were to “keep and use the doses meant for the UK it would only bring them forward by just over a week [19 August], as their collective population is much greater”, states the report.

After Brussels’s threats to block jab shipments to the UK, Britain’s defence secretary, Ben Wallace, said the EU’s reputation was at stake , warning that “the world is watching” the EU’s next steps.

​The 27 heads of state and government will discuss the mulled emergency measures on Thursday via video conference, after soaring coronavirus cases prompted a rejection of plans to meet in person.

​The EU has already set up a special oversight mechanism ensuring that manufacturers contracted to supply Europe with jabs must declare if they intend to export doses outside the bloc.

The bloc’s export ban mechanism must first be triggered in an individual member state and subsequently approved by the European Commission before being enforced.

Previously, it was applied when Italy blocked the export of a 250,000-dose shipment of AstraZeneca vaccines to Australia, citing “persistent shortage” and “delays in supply”. It was the first time new rules were used to allow a ban on EU exports if a drug provider failed to meet its obligations to the bloc, reported the BBC.

Currently, not all EU members support export bans, which could upset global supply chains, with Belgium and the Netherlands urging caution.

France and Germany, facing a surge in COVID-19 cases and forced to resort to lockdown measures again, have privately spoken in support of activating article 122 of the EU’s treaty, writes The Guardian.

The EU commissioner for financial services, Mairead McGuinness, was cited as saying on Sunday:

Meanwhile, UK Prime Minister Boris Johnson hailed Saturday was “a record-breaking day for the vaccine rollout, with 873,784 people receiving a jab” in the UK.