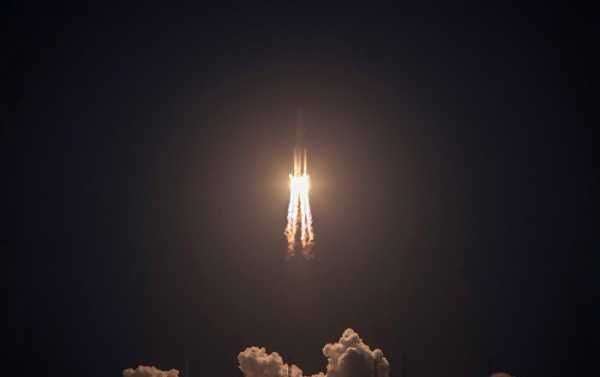 Chinese legislators have urged the country to formulate its own space law to boost the development of commercial space and pay more attention to the outflow of talent.

China’s private space sector will embrace more opportunities in 2019. The country should complete its laws and regulations on the private space sector to support its commercial development, Hu Shengyun, a senior rocket engineer at China Aerospace Science and Industry Corporation and deputy to the 13th National People’s Congress (NPC) from Wuhan, Central China’s Hubei Province, told the Global Times.

The value of commercial space travel in China is projected to reach 30 billion yuan ($4.6 billion) annually by 2020, Hu said.

Xiaomi founder and CEO Lei Jun, who is also an NPC deputy, told media that China is the only space power without its own space law, suggesting that promoting legislation on space will guarantee the rights of private companies on utilizing space resources.

Lei also suggested the government relax its market access to private companies and promote the sharing of space infrastructure. Around 29 countries have space laws or regulations.

Space agencies used to be sponsored by governments. Commercial upstarts have joined the competition since the beginning of the century. In 2017, among the 443 satellites launched globally, 267 were commercial satellites, and 26 out of the 91 rockets used to launch these satellites were from private companies, Bingdian Weekly reported in September 2018.

Kuaizhou is a low-cost solid-fuel carrier rocket with high reliability and a short preparation period. With a lift-off mass of 78 tons, the rocket was designed to launch low-Earth and Sun-synchronous orbit satellites.

Hu also suggested the country pay more attention to the exodus of space talent. State-owned space enterprises are losing a large number of scientific and technological talent, which should be given more attention, Hu said.

The China Association for Science and Technology recently released a report on people working in the science and technology fields in China. The report found that the average annual salary was 91,000 yuan in 2016. Some 33.5 percent of them are living paycheck-to-paycheck.

Although their average salary has increased by 22.7 percent compared with 2012, their satisfaction with their salary has dropped. That’s because their salary has not kept pace with those in other fields, the report said.