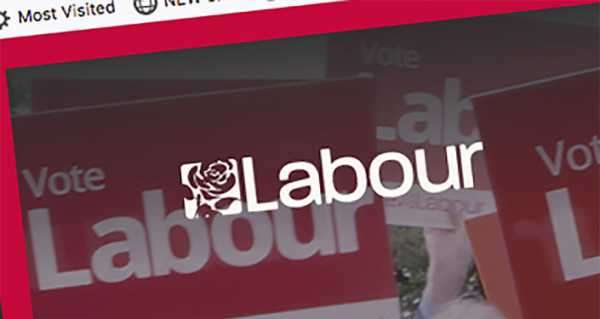 Local Labour constituency organisations and affiliated trade unions have defied the leadership of Sir Keir Starmer and demanded that his predecessor, Jeremy Corbyn, have his whip restored.

Two senior local Labour officials have been suspended after a motion was passed calling for former leader Jeremy Corbyn to be reinstated as a party MP.

​The Evening Standard reported on Monday that Hampstead and Kilburn CLP (Constituency Labour Party) chair Pete Firmin and vice-chair Bridget Dunne were suspended from the party pending an investigation after the constituency flouted Labour HQ and passed a motion demanding that Sir Keir Starmer restore the Labour whip to his predecessor.

After a Zoom conference that took place last Thursday evening reportedly consisting of around 100 people, witnesses claim that the meeting was “overtly hostile” and had left some members in distress.

The proposal, put forward by a local union branch, urged the current leadership to restore the whip to Mr Corbyn “immediately” and demanded that all members who were suspended for declining to follow requests to not talk about his suspension have their membership restored.

​Hampstead and Kilburn MP Tulip Siddiq said she was “angry and saddened that clear instructions from Labour HQ were deliberately ignored” during the meeting to debate a motion that would “obviously cause considerable hurt to the Jewish community”.

The suspensions follow an order by Labour’s general secretary David Evans, telling local Labour parties that any such motions “will be ruled out of order”.

Recent moves by National Executive Commitee (NEC) members and affiliated unions to call for Corbyn’s reinstitution were welcomed by fellow Labour MP Zarah Sultana who said that local Labour parties “should be able to express their views” and that party democracy should be upheld.

Dave Ward, General Secretary of the Communication Workers Union (CWU) warned that there is a “very serious issue developing regarding freedom of expression and natural justice”.

The CWU leader reiterated the union’s support for Jeremy Corbyn and said they had lobbied Sir Keir Starmer in support of their position.

This followed a unanimous vote last week by the CWU for Corbyn to have the whip restored under threat of withdrawal of union financial support to the Labour Party.

In October, McCluskey withdrew 1 million in financial support from the party after the new leadership reached a settlement with “whistleblowers” who made allegations of poor handling of anti-Semitism under Jeremy Corbyn’s leadership, despite being informed my legal representatives that a legal challenge was winnable.

Corbyn was suspended last month after he responded to the release of an Equality and Human Rights Commission (EHRC) report into alleged anti-Semitism in the Labour Party, saying that it was “dramatically overstated” for political reasons.

The suspension comes as Sir Keir Starmer has pledged “zero tolerance” towards anti-Semitism in the Labour Party. However, Corbyn allies have alleged that the new direction is being used as a means to combat the party’s left-wing.

In the final weeks of Corbyn’s tenure as Labour leader, leaked documents intended for the EHRC investigation revealed that information on anti-Semitism cases was intentionally withheld from the leadership office due to “factional” opposition.