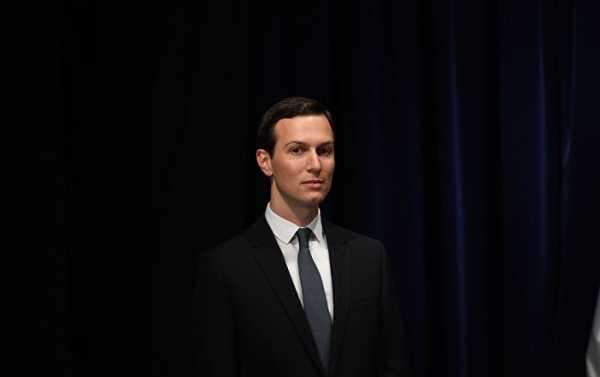 Earlier this week, the US House Oversight Committee launched a probe into the White House security clearance process, in a bid to shed more light on how Jared Kushner managed to gain access to highly classified information.

Although Jared Kushner, US President Donald Trump’s son-in-law and senior adviser, was denied a top secret clearance both times he applied, the rejection was finally overruled, NBC News cited unnamed sources as saying.

The sources claimed that Kushner’s clearance application was rejected by two career White House security but approved by their supervisor Carl Kline, an ex-Pentagon employee who was nominated director of the personnel security office in the Executive Office of the President in May 2017.

Kushner became “one of at least 30 cases in which Kline overruled career security experts and approved a top secret clearance for incoming Trump officials despite unfavourable information”, the sources said, adding the number of  the rejections that were overruled is unprecedented.

The check included questions related to Kushner’s family business, foreign contacts and travel as well as meetings he had during the 2016 US election campaign.

Separately, the sources claimed that Kushner even tried to gain access to “sensitive compartmented information”, or SCI, which includes the US government’s most sensitive secrets and is overseen by the CIA.

After Kushner’s file went to the CIA for a ruling on SCI, one of the agency’s officials reportedly wondered how Trump’s son-in-low got even a top secret clearance before he rejected Kushner’s clearance to review SCI materials.

Both the White House and the CIA declined to comment on the matter.

Earlier this week, Rep. Elijah E. Cummings, chairman of the US House Committee on Oversight and Reform, said in a letter to the White House obtained by NBC News that the committee is “launching an investigation into the White House security clearance process, an inquiry that promises to put a spotlight on how President Donald Trump’s senior adviser and son-in-law, Jared Kushner, overcame concerns to gain access to highly classified information”.

According to him, the probe’s goal is to determine “the extent to which the nation’s most highly guarded secrets were provided to officials who should not have had access to them”.

The investigation comes after The Washington Post reported last February that at least four countries, including the United Arab Emirates, China, Israel and Mexico, had privately discussed ways to manipulate Kushner to their advantage.