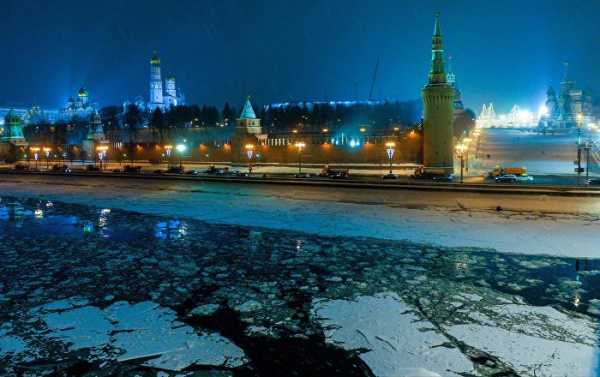 The US’ Kremlin Report sends an unambiguous signal to Russia’s foreign partners and domestic financial elites not to deal with Moscow, Turkish political observers told Sputnik. However, they believe that Washington’s recent initiative is largely doomed to failure.

The so-called Kremlin Report is directed not only against Russia, but also against the countries of Eurasia which are cooperating with Moscow, Yunus Soner, deputy chairman of Turkey’s left-wing Vatan Party (the Patriotic Party), told Sputnik Turkey.

“This list is yet another attempt by the United States, which is sinking further into isolation on a global scale, to maintain its [dominant] positions,” the Turkish politician suggested. “Washington is concerned that the Eurasian Economic Union is emerging as a real alternative to American hegemony. However, the actions of the US authorities will prove unsuccessful…”

According to Soner, the Kremlin Report will not have a negative impact on Russia’s economic and political cooperation with its West Asian and other Eurasian partners, just like the case of deputy director general of the Turkish bank Halkbank Mehmet Hakan Atilla, who was accused of violating anti-Iran sanctions by the US, has not affected the Turkish-Iranian economic relations.

Dr. Volkan Ozdemir, chairman of the Ankara-based Institute for Energy Markets and Policies (EPPEN) echoed Soner by suggesting that the recent US initiative is doomed to failure.

“The main goal of the United States is to split the Russian elite and turn this split into a bargaining chip [in its game] against Russia,” Ozdemir told Sputnik. “The US sends a message to Russia’s high-ranking circles: ‘either act against your leadership, or reap the fruits of inaction,’ but I believe that the US’ attempts are destined to fail.”

According to the Turkish scholar, the international community is witnessing “how finance and economics are used as a political tool.”

He warned that if Russia is economically isolated, it would prompt a serious political response from Moscow which may result in a split in the economic sphere between Russia and the United States. “And this will lead to increased tensions in the relationship, and can even become a reason for financial war,” Ozdemir said.

On January 29, the US Treasury Department released the Kremlin report — a list of persons related to the top leadership of Russia. The individuals in question are potential targets for Washington’s future anti-Russia sanctions. The document which was passed by the US Congress and signed into law by President Donald Trump on August 2 names 210 people: 114 Russian politicians and 96 businessmen.

The document paves the way for new anti-Russian restrictions and sends as an unambiguous signal to Russian elites and global players: “Stop any cooperation with the Kremlin.”

Commenting on the report on Wednesday Russian Finance Minister Anton Siluanov remarked that it would hardly affect the listed Russian officials as they have “no bank accounts in Western states” and “no real estate abroad.”

For his part, Russian President Vladimir Putin denounced the Kremlin Report as an “unfriendly move” by Washington that deals a blow to the US-Russian relationship.