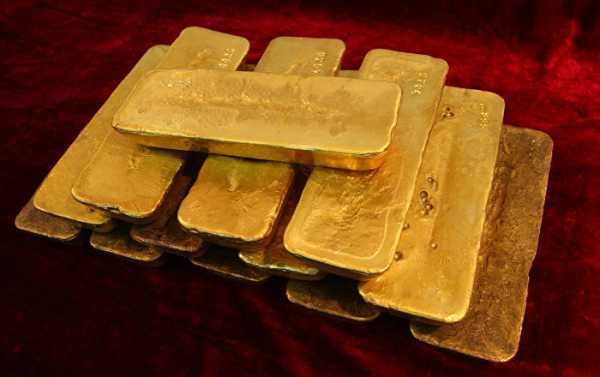 In 1857 a ship laden with gold from California went down in a hurricane, triggering a financial crisis in the United States. Sputnik spoke to Quintin Lindsmith, an attorney who explained why the investors who funded the salvage of the gold from the wreck will never get their money back, let alone turn a profit.

When the SS Central America sank off the coast of South Carolina on September 3, 1857 it triggered the so-called “Panic of 1857” in which the New York Stock Exchange fell and the US economy fell into recession.

In 1988 the wreck of what had been known as the “ship of gold” was discovered by Recovery Limited, a company set up by Tommy Thompson, a veteran treasure hunter from Ohio.

Thompson’s salvage operation had been funded to the tune of US$22 million by 161 investors but to this day, 35 years later, not one has received a cent back.

​Quintin Lindsmith, an attorney for receiver for the company who has been representing the investors, said the sale would be the first step towards repaying the investors.

“The investors are mostly individuals and they have not had a return on their investment, not a penny,” he told Sputnik.

Under Ohio law creditors are paid off before investors but he said the hope was that they may soon get some money back.

Gold Worth $47 Million Going on Sale

Later this month 3,100 gold coins, 45 gold bars and more than 80 pounds of gold dust will go on display at the Long Beach Convention Center before being sold off. It has been estimated to be worth US$47 million.

The gold was found during a second recovery operation in 2014, which was undertaken after Recovery Limited was put into receivership.

“We don’t know if there will be money left over, after paying the creditors, for the investors. We have reason to believe there will be. But they will not get their original investment back and there will certainly be no profit,” Mr. Lindsmith told Sputnik.

​A first salvage operation had resulted in the recovery of 532 gold bars and thousands of coins, which were sold to the California Gold Marketing Group in 2000 for US$50 million.

Most of that money was paid to creditors although 500 gold coins, which were minted from gold which had been melted down, have gone missing.

Could Gold Treasure Be in Belize?

Mr. Lindsmith said they were believed to be in an offshore trust in Belize but the authorities there will not divulge details without the agreement of Mr. Thompson.

Mr. Thompson has been incarcerated in Ohio since 2015, after fleeing to Florida and refusing to co-operate with a court which demanded he tell investors the whereabouts of the gold coins.

“He has been held in contempt of court in a federal facility and will remain there until he co-operates. That could be years,” Mr. Lindsmith told Sputnik.

Mr. Thompson is in his 60s and reportedly not in good health.

​Asked what would happen if Mr. Thompson took the secret to the grave, Mr. Lindsmith said it would then be up to the court to decide whether to take action against his two children, who were his beneficiaries.

For investors the saga has been a long one.

They had begun investing in the project in 1983 and five years later, when the wreck was found in 7,000 feet of water, they expected to receive a payout.

But Thompson’s salvage team first had to fight a decade-long legal battle with insurance companies who claimed their predecessors, who had insured the cargo, were the rightful owners of the gold.

Thompson won but still the investors received no payments and in 2005 one of them the Dispatch Printing Company — the former owners of the Columbus Dispatch newspaper in Ohio — sued Recovery Limited and in 2012 a judge ordered a warrant for Mr. Thompson’s arrest.

Thompson was found in a Florida hotel room in 2015 but he has refused to co-operate with the authorities and has been held in custody ever since.

​The California gold rush had started in 1848 and large amounts of gold were soon being mined and sent back to the east coast of the US.

The first transcontinental railroad would not be opened until 1869 so most of the gold had to be shipped from San Francisco down to Panama, carried overland and then transported by sea up to New York and other east coast ports.

The SS Central America was caught up in a hurricane and it went down, taking 425 passengers and crewmen to their deaths.

Mr. Lindsmith said there may still be more gold in the wreck — whose location remains a tightly-guarded secret — but he said it was unlikely a third recovery attempt would be made because it would involving disturbing the wreck.

​”The Admiralty Court frowns on disturbing a wreck because it is a grave site and it is also viewed as heritage and to tear timbers apart to get at it would cause problems when you come back to court,” Mr. Lindsmith told Sputnik.

He said the sinking of the SS Central America was historically very important because of the Panic of 1857.

“There was already the beginning of a financial downturn and part of that was banks tightening up credit and the large amount of gold which was on the ship was due to shore up their reserves and it would have eased the credit crunch and when the gold went down it led to a financial crisis,” Mr. Lindsmith told Sputnik.

The US economy only recovered from the impact of the Panic of 1857 when the Civil War broke out, ironically boosting demand for weapons, ships and foodstuffs for both armies.