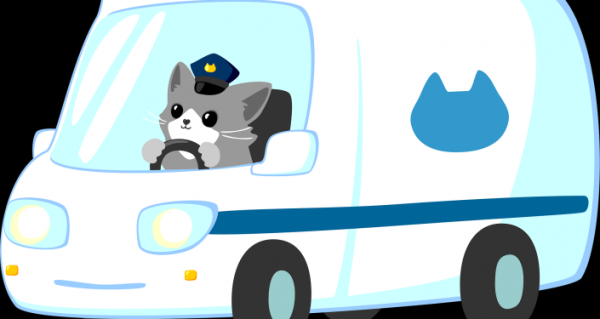 Last year, Koko’s owner noticed that was staring suspiciously at a ditch – it turned out an elderly man was lying in it, out cold. Fortunately, rescuers arrived in time and saved the OAP, all thanks to the cat.

The police department in Japan’s Toyama city appointed a cat named Koko as police chief for a day, NHK reported on 13 April. The honour was bestowed on Koko for his bravery after he helped save an elderly man.

During the ceremony to appoint Koko as the boss, he was sporting his own police uniform, including a peaked hat, which fitted puuurrrfectly. The cat then left his paw print on a certificate to declare his commitment to fighting crime in the area.

Despite only assuming the position for the day, Koko had time to teach some kids about traffic safety at the local school. His owner then answered students’ questions after the class.

Koko looked like he was feeline great about his new role and was obviously happy to fuurrrther his career with the police force.