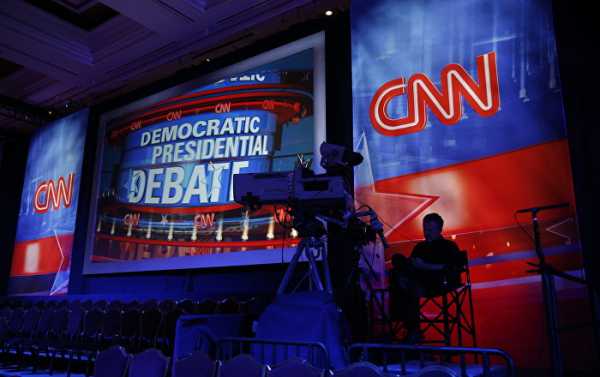 A former star investigative journalist for CBS has slammed mainstream outlets for acting without integrity as the mouthpieces of outside interests, engaging in ideology-based rather than fact-based journalism.

Garland Nixon and Lee Stranahan of Radio Sputnik’s Fault Lines spoke to Sharyl Attkisson, a veteran journalist who worked for CBS before leaving over perceived bias in the network. She is now an investigative journalist for Full Measure News and the author of several books on media manipulation.

Stranahan started the interview by asking the five-time Emmy award-winning journalist what red flags people should be on the lookout for when watching the news.

​”Let me start broadly and say, sadly, I begin with the presumption that almost everything I hear on the news today has been put out by some sort of interest that’s paying or pushing to get a narrative out, rather than any independent research,” said Attkisson. “One way you can tell that is there are literally thousands of news stories that could be reported in a given day and a number of ways to report them, but when everybody is reporting the same few stories and relying on the same sources and even using the same phrases, that’s not a naturally occurring event.”

“Whether they’re doing it on purpose or they’re simply subject to it, they are forwarding somebody talking points. It’s often through third and fourth parties, the news people may not even know that’s what they’re doing because they’re copying it off a wire service, or someone else has written about it, or they got an e-mail or a source whispered in their ear.”

“Number two: when the news seems to be shaping or censoring opinions and facts, rather than reporting them; when they seem to be trying to make you believe something and convince you, rather than simply presenting you with sets of facts. I think those are those are two really important things to watch for,” Attkisson said.

Stranahan then asked a logical question: if news outlets are pushing narratives, then whose narratives are they pushing? Attkisson explained.

“There are certain people in the newsroom who are helping shape the narrative, either because of their own beliefs and contacts or because they have been contacted by these people that are with these multibillion dollar industries that have worked for decades to figure out how to make us report a certain way. So in some cases, people in the industry actually work in our newsroom to shape and influence the story.”

“We’re not asking the right questions, to understand that when five nonprofits all put out a press release, or raise something on social media and circulate it, it’s not just some organic independent movement. It’s not real news. The five nonprofits are all connected to the same group, if you look back far enough, [they’re working on behalf of an] organization that has paid them a multibillion dollar donation in some cases.”

“They know how to make it look like real news is happening and the press, under pressure to turn news quickly and fill the time, or in some cases because they ideologically agree and are lazy and don’t want to look too far, they take this information as if it’s news rather than doing their own critical thinking,” she said.

Nixon asked about a different trend that was troubling him in the world of news: the increasing reliance on “anonymous sources,” which he felt had become drastically more prevalent in recent years.

“It is, more so than ever.” Attkisson agreed. “I attribute that to the fact that in 2016, many in the media suspended themselves from the normal rules that govern us. We normally don’t use anonymous sources on the air; you can use them to gather further information, but you don’t put them in your stories — with very few exceptions. When you do use them, it’s only because you couldn’t get the information another way. You verify it, you describe in as much detail as possible without saying their names, and you characterize why you had to keep their names secret.”

“But all those roles were thrown out of a window because the press wanted to, and in some cases had said, they wanted to get Trump. They were willing to take information that was from questionable sources that has been proven wildly wrong time and time again. That’s why we saw some of the worst media mistakes you can imagine from formerly well-respected news organizations: because they’re being sloppy, because we’ve suspended ourselves from our normal rules in order to get a certain candidate.”

“I would say there’s a subculture of Americans who are looking for fair information on stories that aren’t being reported, and I’m shocked everyday. It’s not hard to find the stories others aren’t covering well — it’s so easy, it’s a matter of which do I pick: there are so many important stories. I’m amazed, time and again, when I have time to dig into one arena to see that no one or few have dug in when it’s something that’s just so obvious.”

“Meanwhile, everybody is digging into Donald Trump’s corner. I think that’s fine, the president should be covered aggressively and fairly — but when everybody’s doing that and nobody’s looking in another direction, you’re going to miss so much stuff. What the public sees is going to be completely out of whack with what’s really going on.”