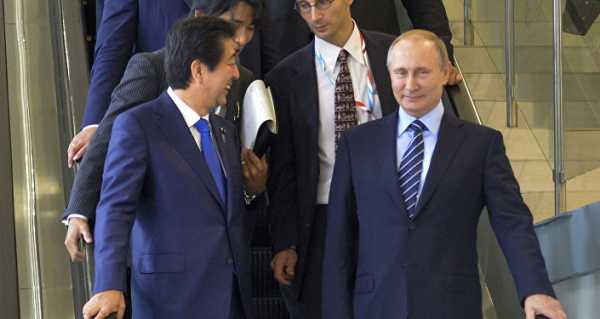 TOKYO (Sputnik) – Japan and Russia were very close to signing a peace treaty in the Fall of 2018, former Japanese Prime Minister Shinzo Abe told the Nikkei newspaper in an interview published on Saturday.

“There was a feeling that we were approaching the talks aimed at signing the peace treaty,” Abe said.

He expected to dismiss both chambers of the Japanese parliament to learn the will of the people.

Abe stressed that, during the 2016 visit to Japan, Russian President Vladimir Putin had the intention of finding a solution to the years-long dispute. From the Japanese prime minister’s point of view, the countries were especially close to signing a peace treaty in November of 2018.

Russian-Japanese relations have long been complicated by the fact that the two nations have never signed a permanent peace treaty following the end of World War II. A deal was never reached because of a disagreement over a group of four islands — Iturup, Kunashir, Shikotan and Habomai — that are claimed by both nations. The islands are collectively referred to as the Southern Kurils by Russia, and the Northern Territories by Japan.

Following a visit to Japan in December 2016 by Russian President Putin, relations between the two nations have been improving, with the two sides agreeing to develop joint projects on the disputed islands.