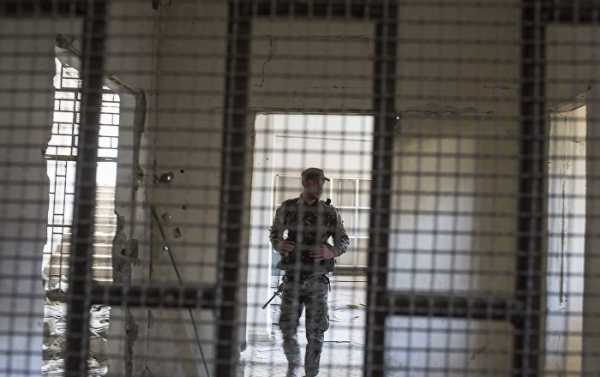 DAMASCUS (Sputnik) – The Arab-Kurdish units of the Syrian Democratic Forces (SDF) have handed over another 130 Islamic State (Daesh) militants, captured in the Arab Republic, to the Iraqi security agencies, with the total number of them now reaching 280, the agencies said in a press release.

On Thursday, the Iraqi authorities reported that the SDF’s Arab-Kurdish units had handed over some 150 wanted Daesh militants to the country.

“During the fight against IS, the SDF detained a large number of militants in Syria holding citizenship of various countries, including more than 500 Iraqis. At the moment, 280 militants have been handed over to the Iraqi Interior Ministry. To prevent them from going free, the SDF has taken urgent measures to hand the terrorists over to the Iraqi security agencies, so that legal measures could be taken against them,” the press release said.

According to the Iraqi security agencies, the second group of terrorists was transferred to Iraq on Sunday, with the rest of militants of Iraqi origin expected to be handed over later.

The names of the militants are checked against databases of the Interior Ministry, with their cases referred to court for subsequent criminal proceedings.

Earlier in February, the US-backed SDF announced the start of an operation aimed at liberating the village of Baghuz, which is located at the border with Iraq and remains, according to the militias, the last settlement held by Daesh in the region.

The SDF units have been fighting against the remnants of the Daesh terrorist group for several months with the aviation support of the US-led international coalition. The media, meanwhile, have repeatedly reported about civilian casualties caused by the air strikes.