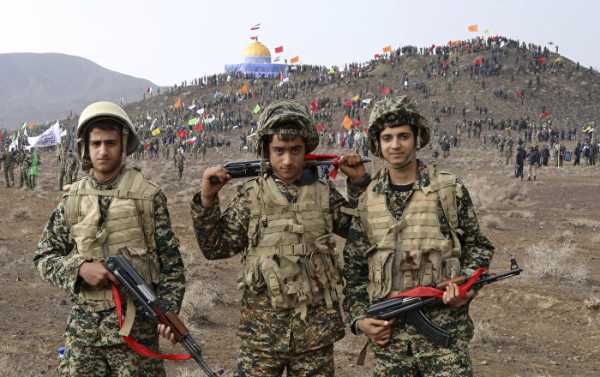 A fresh in-depth study of Iran’s military capabilities and balance of power in the embattled Middle East has assumed that regional wars are being waged on two layers – between states and in a so-called “grey zone”, where no conventional force can counterbalance Iran’s sovereign dominance.

As one of the most detailed assessments of Iran’s military strategy suggests, the Islamic Republic’s “third party capability” has becomes Tehran’s most prominent weapon of choice.

The 16-month study by the International Institute for Strategic Studies (IISS) called Iran’s Networks of Influence claims that the networks, including Shia militias fighting in what it says is a “grey zone”, for instance, are something Iran heavily relies on, even to a greater extent than conventional military forces.

The network is said to be operating differently in most countries, having been designed by Tehran as a key means of countering regional instability and international pressure alike, with the policy “having consistently delivered Iran advantage without the cost or risk of direct confrontation with adversaries”.

Although the report concedes that overall military balance is still in favour of the US and allies, the balance of effective forces has shifted towards Iran and is currently in the Islamic Republic’s favour. The study goes on to claim that “Iran is fighting and winning wars ‘fought amongst the people’, not wars between states”.

The study has also come up with a number of calculations: the extraterritorial al-Quds force and various militias reportedly amount to 200,000 fighters. Meanwhile, the total cost of Iran’s activities in Iraq and Yemen was $16 billion, and Lebanon’s Hezbollah reportedly receives $700 million in grants from the Islamic Republic.

The report comes as Iran continues to battle US-imposed economic sanctions, which closely followed Washington’s unilateral withdrawal from the 2015 Joint Comprehensive Plan of Action in May 2018.

On 8 May, the first anniversary of the move, Tehran announced that it would start scrapping its nuclear obligations stipulated by the JCPOA every 60 days unless European signatories did their best to save the agreement, safeguarding Iran’s interests amid Washington’s re-imposed sanctions.