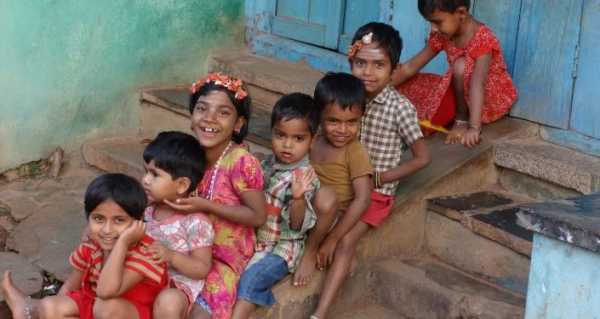 A study released by India’s federal Health Ministry in August 2020 predicted that the South Asian nation would surpass China as the most populous country on the planet in 2031. India’s population is expected to grow by 25 per cent between 2011 and 2036 around 1.52 billion.

The Law Commission of Uttar Pradesh, India’s most populous state, has come up with a draft “Population Control” law which calls for banning anyone with more than two kids from government jobs.

The legislation has been compiled by the state’s Law Commission Chairman Justice AN Mittal. It was made public on Friday, two days before Uttar Pradesh’s chief Yogi Adityanath is due to announce the “New Population Policy 2021-30.”

The Law Commission is inviting suggestions from the public on the bill until 19 July, at which point it is likely to be presented in the same or revised form to the state authorities for tabling in the legislative assembly for approval.

Uttar Pradesh has 200 million inhabitants, constituting almost a sixth of India’s overall population, as per the last federal census carried out in 2011.

Significantly, the draft law calls for monetary rewards for men or women who choose to undergo “voluntary sterilisation” after bearing just one child.

The bill states that the provision will be applicable to only those couples which are living below the official poverty line. The “lump sum” reward for one-child couples with a daughter is proposed at 100,000 INR ($1,400 approx.), while it will be 80,000 INR ($1,100 approx.) for couples who only have one son.

The proposed law also states that any government employees who don’t abide by the law after it kicks in will not be eligible for promotion.

“It shall be the duty of the government to introduce a compulsory subject relating to population control in all secondary schools,” the draft law also says.

For those not working in government jobs, the draft legislation seeks to incentivise the two-child policy by offering rebates on bank loans, electricity, water, and house taxes.

A state spokesperson told news agency IANS on Friday that the desired fertility rate in the state is 2.1 percent, while it’s currently 2.7 percent. Only two Indian states, Uttar Pradesh and Bihar, have a fertility rate greater than 2.1.

The push towards controlling the population of the nation was given impetus by Prime Minister Narendra Modi during his speech at Independence Day celebrations on 15 August, 2019.

During his remarks, the Indian PM described family planning as a form of “patriotism.”

“There is one issue I want to highlight today: population explosion. We have to think, can we do justice to the aspirations of our children? There is a need to have greater discussion and awareness on population explosion,” stated the Indian PM, in what was his first Independence Day speech since winning the 2019 federal election held in May that year.

Besides Uttar Pradesh, the eastern state of Assam, also ruled by the BJP, is contemplating a similar population control law.