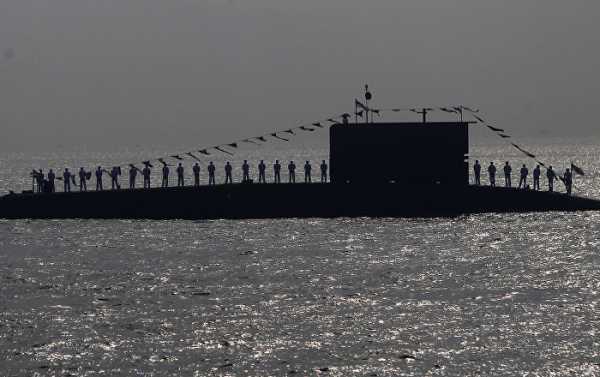 New Delhi (Sputnik): The Indian government has issued an expression of interest to foreign companies to construct six advanced diesel-electric submarines for its navy.

The defence ministry has said Project 75-I is valued at around $6.5 billion. As part of the project, leading submarine manufacturers across the continents will need to work with an Indian partner to supply the submarines.

The defence ministry says the project ”will provide a major boost to the indigenous design and construction capability of submarines in India, in addition to bringing in the latest submarine design and technologies as part of the project”.

All six submarines under this project will be built in India by the selected Indian Strategic Partner in collaboration with the selected foreign submarine manufacturer.

The Indian Navy also retained the option to “manufacture six more submarines under the project”.

Companies interested in the project are expected to respond to the announcement within two months. The lowest bidder will be selected as the winner of the mega project.

The Indian Navy has stipulated, in its draft request of information, indigenous content of 45%, additionally mandating that the submarines should be fitted with Indian steel, missiles, torpedoes including the indigenously developed heavy weight torpedo and air independent propulsion. The navy also wants all copyrights for the submarine to be vested to India once the initial batch of 6 submarines has been constructed so India can export the vessel.

Currently, the Indian Navy has a single production line in Mumbai wherein French designed Scorpene Class submarine has been manufacturing with a five year delay.

As per the 30-year plan, unveiled soon after the 1999 Kargil war, the Indian Navy had set a target to achieve at least 24 submarines by 2030 to maintain its superiority in the Indian Ocean.