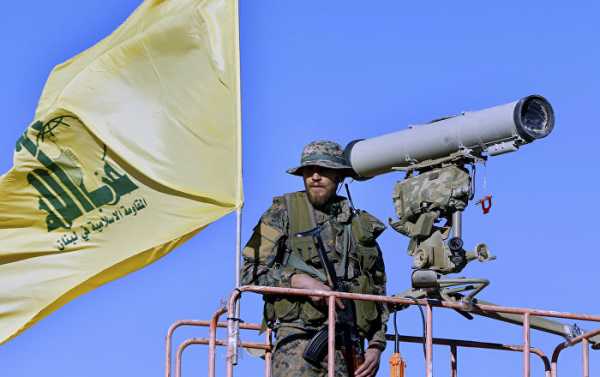 Earlier this week, British Home Secretary Sajid Javid said that he had decided “to proscribe the Hezbollah group in its entirety” and that London is “no longer able to distinguish between their already banned military wing and the political party”.

The Lebanese group Hezbollah has lashed out at the UK government’s move to blacklist it as a terrorist organisation, which Hezbollah said indicates London’s “servile obedience” to the US.

The group described the UK decision as an “insult to the feelings, sympathies and will of the Lebanese people that consider Hezbollah a major political and popular force”.

The remarks came after Lebanese Foreign Minister Gebran Bassil stressed on Tuesday that London’s decision would not affect Hezbollah’s relations with Lebanon, despite Hezbollah having a role in the country’s government.

Britain’s move “will not have direct negative consequences on Lebanon because we are already used to this situation with other countries”, he said.

Bassil also quoted senior British officials as saying that the issue should not have an “impact on bilateral relationships between Lebanon and Britain”.

“If the whole world stood up and said the resistance is terrorism, this does not make it terrorism as far as the Lebanese are concerned”, he underscored in separate comments as cited by Reuters.

On Monday, British Home Secretary Sajid Javid said earlier this week that he had decided “to proscribe the Hezbollah group in its entirety”, deeming it a terrorist organization.

“Hezbollah is continuing in its attempts to destabilise the fragile situation in the Middle East — and we are no longer able to distinguish between their already banned military wing and the political party. Because of this, I have taken the decision to proscribe the group in its entirety”, Javid pointed out.

Britain’s move was lauded by Israel, which perceives Hezbollah as its arch-enemy. The Israeli Defence Forces have repeatedly struck targets in Syria, claiming that they are being used as Hezbollah’s weapons depots or logistics facilities used by Iran to transfer weapons to the group.

Hezbollah is blacklisted as terrorist group by the United States, the Arab League, Bahrain, Canada, France, Israel, Japan, the Netherlands, and the UAE.

Russia, China, Iran, Iraq, Syria and Venezuela do not consider Hezbollah to be terrorists.