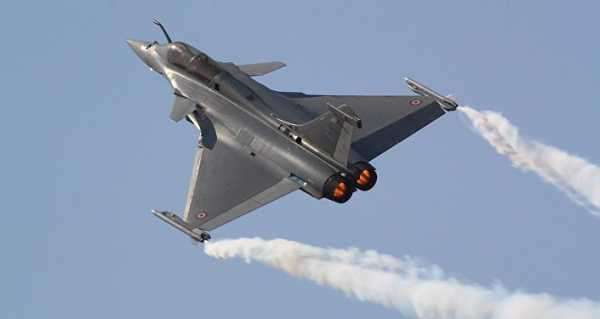 A series of investigative reports by a French publication into the high-profile Rafale fighter jet deal to supply 36 aircraft from France to India has accused jet manufacturer Dassault Aviation of paying kickbacks to an Indian middleman who is said to have enjoyed access to the Indian Defence Ministry.

An investigation into the $8.7 billion Rafale fighter jet deal to supply the 4.5 generation aircraft to India has shown that Dassault Aviation hired Indian middleman Sushen Gupta to help the company secure the contract.

​According to a report published by the French publication Mediapart on Thursday, Gupta, an accused in a previous defence scandal, was hired because of his contacts in the Indian Defence Ministry.

The French media report, which cited an ongoing investigation into the deal by India’s Enforcement Directorate, says that Gupta’s services were hired by both Dassault Aviation and Thales, a defence electronics firm partly owned by the French government.

In its first report, Mediapart claimed that Gupta’s India-based company Defsys Solutions had been paid a million euros by Dassault Aviation, which was shown on records as the cost of manufacturing “replicas” of the Rafale jets.

The second part of the investigation, released on Tuesday, accused French President Emmanuel Macron of granting a “tax adjustment” to a French subsidiary of the Indian company Reliance Group. The favourable treatment of the Reliance Group company was granted when Macron was France’s economy minister in the Cabinet of previous President Francois Hollande. Another subsidiary of Reliance Group has been involved in servicing the Rafale jets in India.

The concluding part of the investigation now goes a step further in claiming that Gupta had been hired by Dassault Aviation and Thales in the 2000s and had been paid by the two companies until the intergovernment contract for the supply for 36 Rafale jets was signed between India and France in 2016.

“Between 2004 and 2008 alone, Thales paid 2.4 million euros through the financial route”, states the report, adding that both companies paid Gupta highly for his “know-how”.

The contract to supply India with 126 cutting-edge MMCRAs officially kicked off in 2007, with the then-government short-listing six vendors— Dassault Rafale, Eurofighter Typhoon (jointly manufactured by a consortium of British, German, Spanish, and Italian companies), Russia’s MIG-35, F-16 Falcon (developed by Lockheed Martin, US), Boeing’s F/A-18 Super Hornet, and the JAS-39 built in Sweden.

In 2012, India handed over the deal to Rafale, which pipped its nearest rival Eurofighter Typhoon to conclude the contract.

A major modification was proposed to the deal when Indian Prime Minister Narendra Modi took office in 2014 and asked for 36 jets to meet the urgent needs of the Indian Air Force, instead of the proposed 136.

India and France finally sealed the contract at a revised cost of $8.7 billion in September 2016.

All materials on this site are taken from open sources - have a link back to the material on the Internet or sent by visitors to the site and are provided for informational purposes only. Rights to the materials belong to their owners. Administration of the site is not responsible for the content of the material. If you found materials on our website that violate copyrights belonging to you, your company or organization, please let us know.
Contact us: [email protected].com