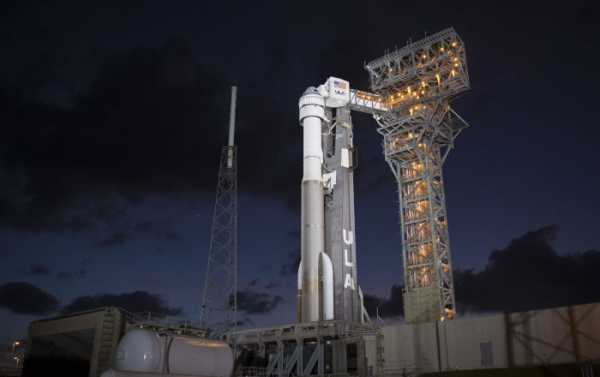 A UAL webcast from the Cape Canaveral Air Force Base in Florida showed the Atlas V rocket – its first stage powered by a Russian made RD-180 with five strapped on boosters – soaring over the Atlantic shortly after the afternoon launch, trailed by clouds of frozen exhaust.

The Atlas V 551 configuration rocket used in Thursday’s launch is the most powerful version of the Atlas V fleet, producing more than two-and-a-half million pounds of thrust, it was added in the release.

The booster for the two-stage rocket was powered by the Russian “RD AMROSS RD-180 engine,” with five AJ-60A solid-fuel rocket boosters made by Aerojet Rocketdyne providing added lift to escape Earth’s gravity.

While technically still part of the Air Force, the Space Force is set to join the Army, Navy, Air Force, Marines and Coast Guard as the sixth branch of the US armed forces.