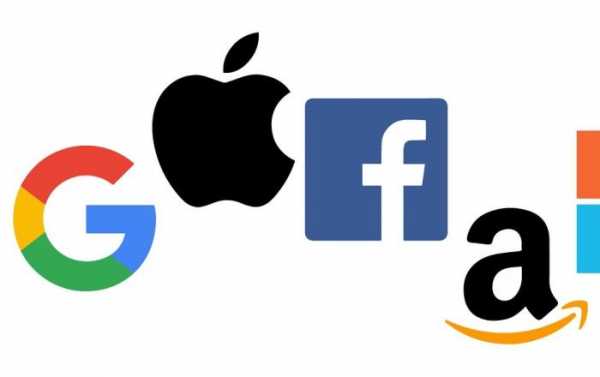 The severe downturn in global economic activity which has resulted from the spread of the COVID-19 pandemic has led to fears of a severe economic downturn, with International Monetary Fund Chief Kristalina Georgieva warning that the damage caused by the virus could be as bad or worse than the financial crisis of 2008.

Giants in the global technology sector may prove to be the last to face the negative economic impact of the new coronavirus pandemic, and may even make a profit as companies increasingly depend on workers working from home, putting internet infrastructure and related equipment and services to the test.

In recent weeks, even as smaller tech sector startups join the rest of the economy in bracing for cuts, layoffs, and bankruptcies, the big tech companies led by Google, Apple, Lyft, Uber and Adobe have announced thousands of new job openings, reporting an increase in demand for their services, and leveraging their cash-rich positions in hopes of riding out the crisis.

Speaking to Protocol, a technology news outlet, IBM spokesperson Edward Barbini confirmed that the company has yet to make any layoffs over COVID-19, and that it has not sought any economic assistance from the US government.

Amazon has indicated that the company is not only not downsizing, but planning to hire some 100,000 additional warehouse workers to staff fulfilment centers as traditional brick and mortar retailers and malls suffer a massive drop-off in customers as people increasingly turn to online retailers for essentials such as groceries and medicines.

COVID-19 May Cause Permanent Economic Shifts

Daniel Ives, managing director of equity research at Wedbush Securities, believes “the largest tech companies could emerge on the other side of” the coronavirus crisis “much stronger.” Guru Hariharan, founder of automation software-maker CommerceIQ, agrees, suggesting that the shift in consumer behaviour resulting from COVID-19 may be permanent, which would be good news for online retailers like Amazon.

The same is true for service providers. Last week, Blair Levin, a former chief of the US Federal Communications Commission (FCC), said that the country’s internet and wireless networks are set to face immense pressure in the coming months to maintain connectivity, not only for people working from home, but for schools, and users increasing the amount of time they spend online amid quarantines. “This is going to be an enormous stress test for our communications networks,” Levin said, speaking to CNN.

According to the former official, the trend in this direction is obvious, with demand for internet seeing a 70 percent jump in Italy, and a 30 percent increase in France. Internet monitoring company Cloudflare says internet traffic has seen double digit growth in areas of the US where coronavirus has hit hardest, including Seattle, while gaming activity in South Korea jumped by some 30 percent earlier this month, while streaming of content from anime sites has doubled. Last week, Facebook CEO Mark Zuckerberg told reporters that Facebook’s Messenger and WhatsApp messaging services have enjoyed a doubling in call volumes.

Microsoft, meanwhile, has reported a 37 percent jump in the use of its Microsoft Teams business messaging tool, with over 44 million people now estimated to use the service daily.

Job security seems to apply to communications-industry workers who can’t work remotely, as well. Last week, the US Department of Homeland Security listed workers in the communications sector among the infrastructure workers deemed “critical” to the coronavirus response. Under the DHS’s Cybersecurity & Infrastructure Security Agency (CISA) guidelines, workers in the communications sector, including broadband and broadcast technicians, are “essential to continued critical infrastructure viability, including staffing operations centers, maintaining and repairing critical infrastructure, operating call centers, working constructions, and performing management functions, among others.”

Furthermore, even as the stock market has shed 20+ percent of its capitalization in recent weeks, the tech sector has fared better, with Standard & Poor’s Technology Sector Fund showing losses of 15.4 percent year to date, compared with Energy, Financial and Industry sector funds, which dropped a whopping 53.4 percent, 31.9 percent and 28.3 percent, respectively.