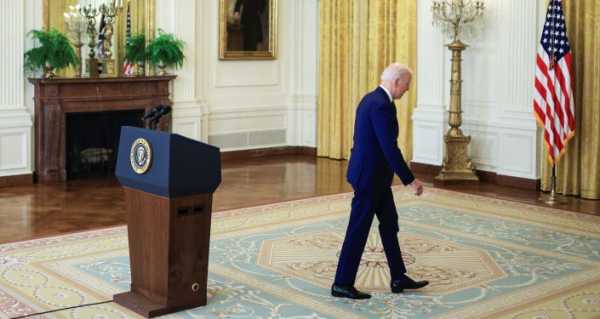 On 28 April, President Joe Biden announced that during his first 100 days he had managed to bring the US back on track despite inheriting the worst pandemic and worst economic crisis from his predecessor. What are the president’s achievements and why does the GOP believe that he does not deserve credit for many of them?

Joe Biden’s fellow Democrats have largely praised his 28 April speech at the US Congress, with House Speaker Nancy Pelosi calling it a “unifying message of resilience, resolve, and hope”. However, the Republicans almost immediately issued a rebuttal, criticising the president for further dividing the nation, going on spending sprees and proposing tax hikes.

Although Democrats see Biden’s actions as successes, the GOP regards the same activities as failures, says Timothy Hagle, a political science professor at the University of Iowa.

​The attempt to list the COVID vaccination programme as Biden’s achievement without noticing Donald Trump’s Warp Speed effort does not look fair in the eyes of the Republicans. Even before Biden took the reins, Trump nearly met a goal of inoculating 100 million in 100 days by distributing about one million doses a day, on average. At the same time, the passage of Biden’s $1.9 trillion COVID recovery package is soured by the fact that it was rammed through the Congress without a single GOP vote.

​Similarly, the Biden administration alone cannot take credit for the US economic recovery, given that the trend took shape under Trump: the US real gross domestic product (GDP) increased at an annual rate of 4% in the fourth quarter of 2020 after a historic 33.4% surge in the third quarter.

At the same time, Hagle acknowledges that one hundred days isn’t really enough time for those sorts of ambitious plans which Biden has outlined so far.

​Furthermore, the first 30 days of Biden’s presidency were spent on sending cabinet and administration nominees to the Senate and getting the American Recovery Act passed in Congress, highlights Thomas Sutton, political analyst and professor at Baldwin Wallace University in Ohio. He argues that the president does deserve credit for “cool[ing] the divisiveness of the Trump presidency and post-2020 election challenges”.

However, Biden’s most significant failure has been the lack of Republican support for his programmes, despite his claim that he would work to get bipartisan support for legislation, acknowledges Sutton.

US President Joe Biden addresses to a joint session of Congress in the House chamber of the US Capitol in Washington, US, April 28, 2021

It is still unclear whether Biden’s bold plans announced during his first 100 days will ever fly. Given Democrats’ narrow majorities in Congress, it is unclear how the president’s $2 trillion infrastructure bill, called the American Jobs Plan, and the $1.8 trillion American Families Plan, will be passed, deems Rubrick Biegon, a lecturer in international relations at the University of Kent.

The Democratic Party’s odds of passing a comprehensive immigration reform also appear slim, admits Dr. Gal Luft, co-director of the US-based Institute for the Analysis of Global Security, adding that Biden is the first president to call for legalising undocumented migrants and, probably, not the last one.

​It also seems unlikely that Biden’s police reform, the George Floyd Justice in Policing Act, which passed in the House in March, will make it through the Senate in the nearest future, deems Sutton.

“The best possible option will be compromise legislation based on the bill proposed by South Carolina Republican Senator Tim Scott,” he believes.

​When it comes to Biden’s gun control reforms, “it’s not likely he will get any major restrictions through Congress as there are too many Democrats from conservative states who would put their political careers in jeopardy by voting for something too restrictive,” emphasises Timothy Hagle.

To complicate matters even further, the Democratic Party and the Biden administration do not have much time to make their bold plans come true. The Democrats’ majority in each chamber is so small that it’s very likely Republicans will take control of one or both chambers after the 2022 midterms, Hagle suggests. “That means whatever Biden and his party want to accomplish will pretty much need to be done in the next few months,” he says.