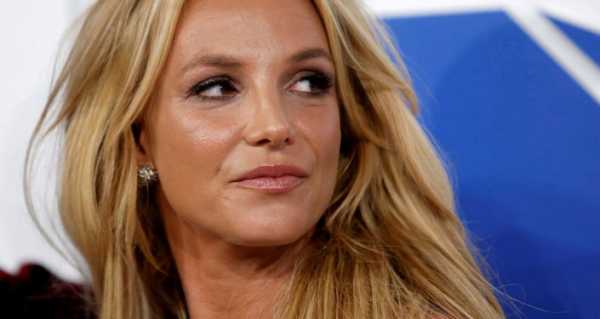 American singer Britney Spears delivered a bombshell testimony in court last week, calling her father’s conservatorship “abusive”, comparing it to “sex trafficking” and asserting that she was forced to undergo psychiatric medical treatment. The pop icon requested the judge to terminate custody, saying she wanted “her life back”.

Financial company Bessemer Trust, originally set to become co-conservator of American pop star Britney Spears’ estate, on Thursday announced it wanted nothing to do with the legal arrangement.

In the wake of the bombshell revelations made by Spears in court on 23 June, when she slammed her controversial conservatorship as “abusive” and asked a judge to end the legal ruling, saying: “I want my life back, the wealth management firm asked a Los Angeles court to  be allowed to withdraw from the case.  The request came “due to changed circumstances”, according to court documents filed on Thursday and cited by USA TODAY.

Bessemer Trust had been approved as co-conservator of the star’s $60m (£43.6m) fortune in November 2020, alongside the singer’s father, James “Jamie” Spears.

On Thursday the firm said, according to the court documents, that they were not “issued Letters of Conservatorship” and “not currently authorized to act.” Bessemer Trust  added they had “made no decisions as Conservator,” nor accepted any fees as co-conservator.

Citing the pop icon’s explosive testimony in the courtroom, Bessemer Trust said they had believed Spears’ conservatorship was “voluntary”.

Earlier, a judge denied Britney Spears’ request to remove her father as sole conservator, according to court documents filed by the singer’s attorney, Samuel Ingham III, cited by the outlet.

Jamie Spears weighed in, claiming he had no authority over his daughter’s conservatorship, and professional care manager Jodi Montgomery “has served continuously as the sole Conservator of the Person of Ms. Spears since September 2019 and continues to serve in that capacity”.

‘I Want My Life Back’

One of the world’s best-selling music artists, who has sold over 100 million records worldwide, Britney Spears addressed her 13-year-long conservatorship in a lengthy court testimony on 23 June.

The singer, whose career has been managed by legal guardians in an arrangement known as a conservatorship since 2008, when she faced a public mental health crisis, announced she “wanted her life back”.

The songwriter, dancer, and actress said she had been sent to hospital against her will, and that medication prescribed for her had been switched without her knowledge.

Likening her treatment to those who have been sex-trafficked, the celebrity said she wanted to marry her boyfriend, Iranian actor and model Sam Asghari, and have a baby, but the conservatorship forced her to use birth control.

The legal row over the star’s guardianship gained renewed prominence in 2021 following the release of Framing Britney Spears – a documentary centring on the controversial arrangement.

A conservatorship is typically granted by a court for individuals deemed unable to make their own decisions.

After Spears’ divorce from Kevin Federline was finalised and she lost custody of their two children in 2007, a series of public incidents suggested her behaviour was erratic.

The star made headlines when she shaved her head and struck a photographer’s car with an umbrella.

The following year she was twice admitted to hospital under a temporary psychiatric assessment ruling.

In place since 2008, Spears’ conservatorship is split into two parts. The first affects her estate and financial affairs, while the other pertains to her as a person.

The entertainer’s father, Jamie Spears, was initially in charge of both parts of the conservatorship. However, in 2019 he stepped down as his daughter’s personal conservator citing health reasons.

Professional conservator Jodi Montgomery replaced him on a temporary basis.

Spears launched attempt to free herself from the guardianship last year, however in November 2020, a judge declined to remove her father from the role, while tapping wealth management firm Bessemer Trust as a co-conservator of her estate instead.

A fan movement, known as the #FreeBritney campaign, has since been vocally supporting the celebrity’s efforts to regain autonomy over her affairs.