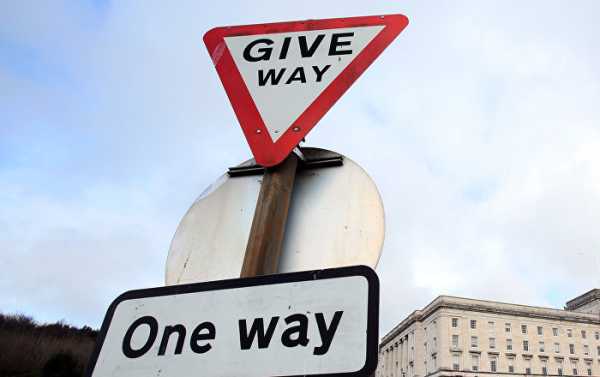 UK Prime Minister Theresa May told the UK parliament earlier this week that a delay in the country’s withdrawal was possible if the House of Commons rejects both the government deal and a no-deal option. May said that a short extension would be preferable.

The European Research Group (ERG) of hardliners, led by Jacob Rees-Mogg, have drawn up “three tests” the government must meet if the prime minister hopes to win a vote due as early as this week, The Sunday Times reported.

According to the newspaper, eight lawmakers have prepared a document in which they set out the requirements, without which they will not support the draft deal, agreed by May with representatives of the European Union (EU).

The outlet reported that the eurosceptics’ proposals are related to the controversial provision on the Irish border backstop, which would create a “hard border” between Ireland and Northern Ireland. Politicians insist that the draft deal should contain “clearly formulated, legally supported provisions” on this issue.

According to media reports, the European Union is expecting the United Kingdom to ask to extend the deadline of 29 March by three months. This could keep the United Kingdom in the bloc during the elections scheduled to take place on 23-26 May.

The backstop, strongly opposed by the majority of lawmakers, would see Northern Ireland be aligned to some of the EU single market rules effectively keeping the entire United Kingdom in a single customs territory with the bloc.