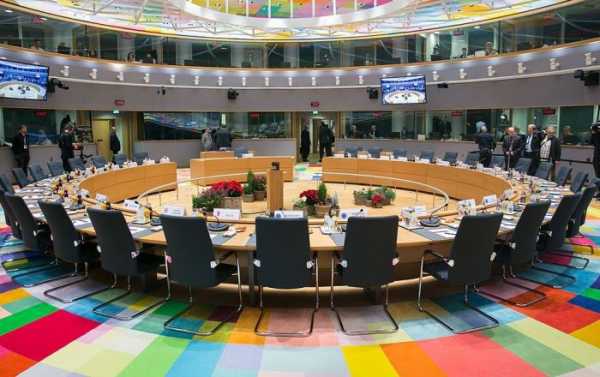 In September 2019, the EU extended sanctions against Russian individuals and entities over the Ukraine crisis for another six months, until 15 March 2020. The bloc has been prolonging such sanctions since 2014, when it first slapped its restritive measures on Russia.

The EU’s General Affairs Council said in a statement on Tuesday that it had imposed sanctions on seven more Russian nationals over holding local elections in Crimea.

They include the chairman of the Sevastopol Legislative Assembly Vladimir Nemtsev, the head of the Crimean Council of Ministers Yury Gotsanyuk and Sevastopol governor Mikhail Razvozhaev.

The sanctions, which stipulate an asset freeze and travel restrictions, now apply to 177 persons and 44 entities, according to the EU’s General Affairs Council.

The EU first imposed its anti-Russian sanctions in March 2014, following Crimea’s reunification with Russia after almost 97 percent of the peninsula’s residents supported the move in a regional referendum.

Nevertheless, the reunification was not recognised by the majority of Western countries, including EU members. Moscow has repeatedly said that Crimea conducted the referendum in compliance with international law.

Since then, the EU has extended the sanctions on a bi-annual basis.

In September 2019, the Council moved to prolong sanctions against Russian individuals and entities over the Ukraine crisis for another six months, until 15 March 2020.

The restrictive measures, in particular, targeted Russian Upper House head Sergei Mironov, Prime Minister of the Republic of Crimea Sergei Aksyonov, and many other politicians.