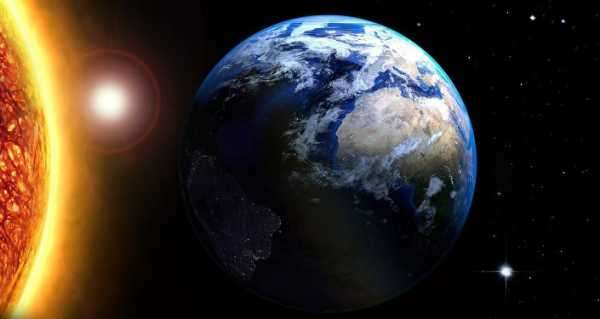 Previous research suggested the heliosphere, a giant bubble around the Sun and its planets, including Earth, has a long tail, similar to that of a comet.

Recent research carried out at the US space agency NASA has revealed that the shape of the heliosphere, or “bubble” surrounding our solar system is crescent-shaped, or a “deflated croissant”.

​The results, published in Nature Astronomy in March and featured on the journal’s cover for July, were presented after scientists used data from a spate of NASA missions to predict the shape of the magnetic bubble that encases all of the planets in our system.

A picture of the bubble from the inside is achieved by observing charged particles that fly towards Earth from distant part of the galaxy as well as within our solar system, and bounce off the bubble and around it. They then come to Earth, where they can be measured.

A NASA mission known as the Interstellar Boundary Explorer used the particles as a “radar”, watching them bounce off the edges to figure out where that edge might be and predict the actual shape of the heliosphere.

Scientists used computer models to turn the data into a prediction of the heliosphere’s characteristics, said Merav Opher, lead author of the new research, who heads the NASA- and NSF-funded DRIVE Science Center at Boston University.

Traditionally, depictions of that bubble have presented it as closely resembling a comet, with a long trail behind it.

The heliosphere, a vast region of space which surrounds and is created by the Sun in the surrounding interstellar medium, is continuously “inflated” by plasma known as the solar wind. Radiation levels inside and outside the heliosphere differ, with the galactic cosmic rays less profuse inside the heliosphere, with planets, such as our Earth, partly shielded from their impact.

Thus, the “bubble” acts as our solar system’s shield against the rest of the galaxy.

NASA studies has been conducting studies into the heliosphere to better understand fundamental physics of space surrounding earth and to glean information regarding space throughout the rest of the universe, as well as regarding what makes planets habitable.