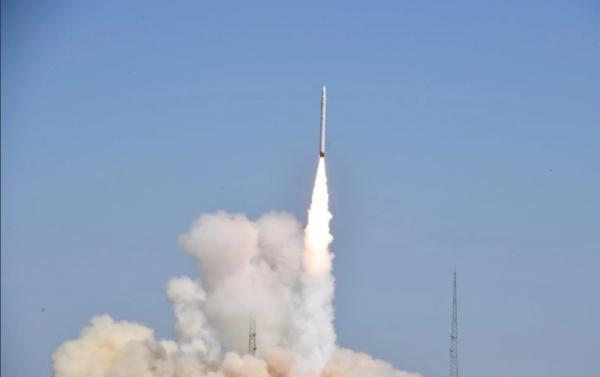 The rocket was launched from the Jiuquan Satellite Launch Center in Gansu province in the country’s northwest at 12.11 local time (07.11 GMT).

​The three satellites, developed by three Beijing-based companies, will be used for remote sensing, communications and Internet of Things services.

In August 2018, China Aerospace Science and Technology Corporation (CASC) introduced the design of its new Jielong-1 launch vehicle. It was reported that the rocket would be the first in a series of small-sized Jielong launch vehicles and will be capable of carrying up to 150 kilogrammes (330 pounds) of payload to a 700-kilometre (435-mile) high sun-synchronous orbit.

Despite its small size, the solid-fuel rocket Jielong is capable of putting several satellites into orbit at once. The rocket has a length of 19.5 meters (64 feet), diameter of 1.2 meters, and combination weight of 23.1 tonnes.