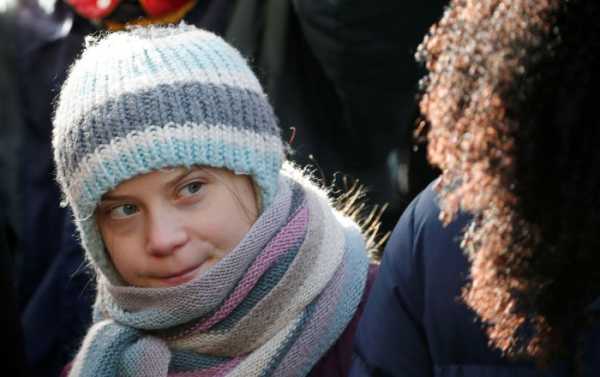 Mike Williams, who served three terms on the Fargo city commission, said he had received permission from a downtown Fargo business owner to put the mural in an alley where other artwork is on display.

Previously, artist Shane Balkowitsch, a native of Bismarck, ND, planned to make a 7-foot-tall (2.1-meter tall) mural of Thunberg on the exterior wall of a local bakery. The photograph to be converted into the mural depicts Thunberg in an Indian outfit gazing into the horizon and was taken during the activist’s visit to the Standing Rock Sioux Reservation in October. However, the arrangement was thwarted by a highly unfavourable reception by Bismarck locals, who threatened to boycott the business and vandalise the artwork on social media.

​Williams said the project would be financed by donations, and added that he had told Balkowitsch to print the panels. Thunberg’s photograph from the Standing Rock Sioux Reservation was donated to the Swedish History Museum and the Library of Congress.

Fargo is located on the North Dakota-Minnesota border, about 300 kilometres east of Bismarck. At 124,000 and 73,000, Fargo and Bismarck are the most populous cities in North Dakota.

Following her meteoric rise to fame as an environmental doomsday prophet scolding world leaders and as the figurehead of the ‘Fridays for Future’ movement, Greta Thunberg took a sabbatical from school and went on a US tour, where she rubbed elbows with politicians, celebrities and influencers and took part in a number of demonstrations. To make a point, Thunberg, who avoids flying as detrimental for the environment, made her way to the US aboard a “zero emissions” racing yacht.

While still in school, Thunberg amassed a plethora of awards and accolades and is widely seen as a climate guru and has inspired hundreds of thousands to protest against what is seen as an deficient climate policy.

In her recent speech, she called the indigenous peoples today’s “front line”, arguing that they possess a special wisdom about the future that the world must listen to.

Thunberg has been honoured with murals before, but given the controversy surrounding her, some of them were subjected to vandalism.