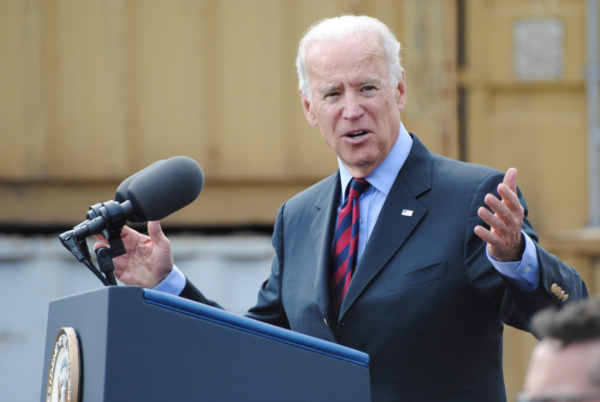 What if Joe Biden threw a party and no one came? Such is the case in Ukraine, where slogging Russian progress is matched by Biden’s belief that global hegemony is at stake and that he is fighting his war at little cost. Here is the war at about four months in, as Biden announces a new aid package of $1.2 billion atop some $40 billion in previous “lend-lease” aid.

Given that core NATO members raise a quiet glass every night to the fact they are not militarily involved in the fight for the Donbas and Crimea (the latter invoking 19th-century memories of the disastrous Charge of the Light Brigade, as the area was last seriously contested between East and West when the British fought the Russians there) Joe Biden and the Washington establishment stand alone in thinking Biden leads the West in some sort of epic struggle. This war is being fought with arms supplies and sanctions, both of which are failing, leaving Biden exposed, to awake one day soon to find himself the Emperor of Donbas without any clothes.

Rumors of the Russian military’s demise have been greatly exaggerated. Literally: Ukraine has claimed kill rates in weeks for men and machines that are produced over months and years (or two decades in the case of the U.S. and Afghanistan) elsewhere. Despite the lady snipers and Ghost of Kiev, it has only been massive arms shipments, primarily from the U.S., that have limited Russian gains to the eastern part of the country.

The biggest problem with trying to win simply via outspending the other guy is artillery and anti-tank missiles do not hold ground, infantry does. A brave Ukrainian taking on a T-72 may stop the tank (until another comes along) but he cannot retake a village or hold ground against a combined-arms offensive. In short, the flow of U.S. defensive-style weapons has done its job and exactly what it was intended to do: blunt an offensive. The problem is, there seems to be little plan for what comes next. In areas like Donbas where Russia enjoys local support, or areas like around Mariupol where it is willing to employ a scorched-earth policy, the Ukrainians are predictably losing and will continue to do so.

There are other problems with trying to win simply with arms sales. One is finding a way to quickly and effectively train Ukrainians unfamiliar with the weaponry without escalating the fight overall. The usual method, either bringing foreign personnel to the U.S. or using American Special Forces trainers on the ground, both dramatically escalate the war and give Russia the excuse to begin killing Americans. The American “volunteers” on the ground now are only going to fool some people for some time before it becomes obvious that the U.S. is deeply involved in the actual fight.

A secondary problem with dropping so many arms higgledy-piggledy into a fluid situation like Ukraine is the prospect of blowback, always a great fear during the CIA-Russian war in Afghanistan. What would terrorists in the Middle East pay for a shoulder-fired antiaircraft missile? How many sophisticated anti-tank weapons (the pop-up capability that allows missiles to strike down on a tank’s weaker top armor, which is highly classified) are the Chinese interested in?

“While the response to provide more weapons to Ukraine is understandable, it would be prudent to consider the immediate and long-term security implications,” one think tank said. “We’ve seen time and time again how arms aimed at aiding an ally in one conflict have found their way to the frontlines of unforeseen battlefields, often in the hands of groups at odds with U.S. interests or those of civilians.” Ukraine has a very poor record in this regard; in the aftermath of the fall of the Soviet Union, the country lost track of $32 billion in weapons and sold China its first aircraft carrier.

Supply is also an issue. America has currently sent about one third of its entire Javelin anti-tank-missile inventory to Ukraine along with 50 million rounds of conventional ammunition, extraordinary quantities that strain production capability. And there remains concern over Russian reaction should American-made artillery rounds begin falling inside the Russian border. The recently shipped 155mm howitzers are seen by many as the first truly offensive weapon the U.S. has introduced into the conflict. For Joe Biden, what seems like a risk-free no-brainer—send more weapons—actually carries with it considerable risk no one seems to be thinking about.

But sanctions were going to win the battle, forcing Russia to withdraw at the risk of her economy’s collapse, perhaps along with Putin’s own regime. The problem is that not only has that not happened, but sanctions have actually aided Russia. Though Russia’s energy exports fell by volume in reaction to American sanctions, surging prices driven by supply shortages have more than canceled out the sanctions’ effects. Russia’s export prices have been on average around 60 percent higher than last year, driven by simple supply and demand. The E.U. reduced its direct imports of Russian crude oil by 18 percent, but thanks to Russian re-exporters India and the United Arab Emirates, that has led to no net change in Russia’s overall oil-export volumes.

China, too, has helped make up for the E.U. shortfall, albeit more for domestic use and not to re-export into the global market, as the largest single buyer of Russian energy. Japan holds that title for unsanctioned Russian coal exports. Even the U.S. has helped out, buying unsanctioned, highly refined oil products from the Netherlands and India that were at least in part made from Russia crude.

Russia has shown it can also play offense, cutting natural-gas flow to Western Europe by 60 percent, blaming technical difficulties. Germany correctly understood the latest curtailment in its gas supply as a political move. “Russia’s reason for reducing gas supplies is just a pretext,” the German vice-chancellor said. “Their strategy is obviously to drive up prices.” Poor Joe can’t catch a break, it seems. Maybe it is time to seize another mega yacht to show Putin who is boss?

Where are Biden’s allies? The E.U. and Japan talk a great game but are hamstrung by their own energy needs. This month, Joe Biden travels to Saudi Arabia to bargain away any remaining American self-respect in exchange for oil. The U.N., such as it is, saw 35 key abstentions, including much of Africa, on a symbolic get-out-of-Ukraine resolution. The head of the African Union explicitly called for the lifting of sanctions on Russia. Brazil and Mexico refuse to condemn Russia. China won’t step in. America stands nearly alone in claiming the liberal world order is at risk. Could it be those other nations have seen so little benefit from that order that they will not be sorry if they see it pass?

What Happens When the Third Rome Falls? – The American Conservative