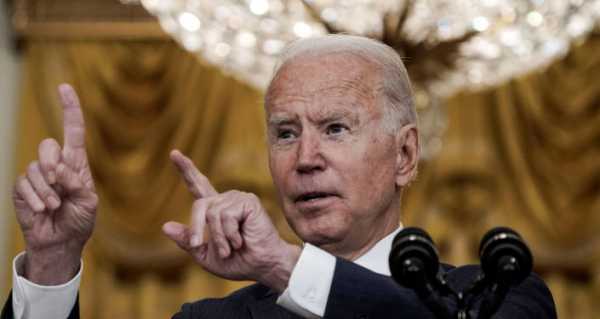 The US President previously faced criticism over spending the weekend at the presidential retreat in Camp David while the Taliban was capturing Kabul.

Following reports that US President Joe Biden is going to travel to his residence in Wilmington, Delaware on Saturday, the White House has announced that the POTUS won’t actually be heading there.

Previously, the New York Post reported that Biden is going to be returning home on Saturday, even as the United States forces’ pullout from Afghanistan continues, with triumphant Taliban* moving practically unopposed to seize control of the country.

The White House announced that Biden would leave for Wilmington, Delaware after a meeting with his national security team, the newspaper notes, adding that, “as of late Friday evening”, POTUS had no public events scheduled for either Saturday or Sunday.

Later that same day, Biden also conversed with the Italian prime minister and with the emir of Qatar via phone from the Executive Mansion.

Earlier, the US president caught flak over staying at the presidential retreat in Camp David last weekend, when Taliban forces seized Kabul.