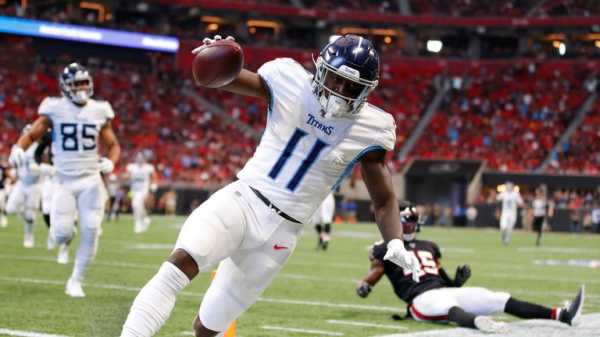 Hook and ladders, diving catches and an end-around to the house: watch a collection of the best moments from Week Four

After another thrilling week of the NFL, we pick out the top action and performances from Week Four.

Plays of the week

Click on the video at the top of the page to watch the best plays from Week Four!

This week, we had a ‘hook and ladder’ play by Kansas City, AJ Brown raced to the end zone as the Titans stunned the Falcons in Atlanta, and both Dawson Knox and Christian McCaffrey came down with miraculous catches.

Watch those plays and more on the video above! 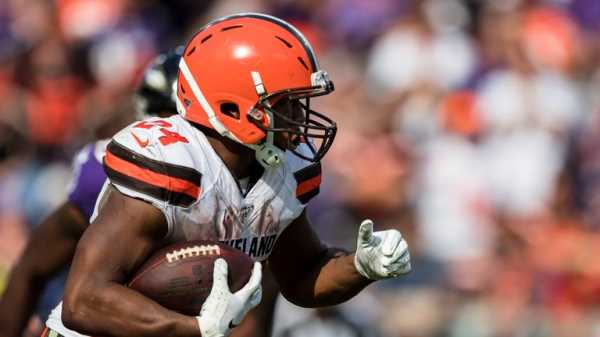 1:09 Watch every one of Chubb’s best runs against the Ravens

Chubb NFL fantasy owners will be feeling pretty good about themselves right now following his stunning 165-yard and three-TD day in Baltimore!

The sophomore runner’s outing included a monster 88-yard breakaway for a score in the fourth quarter to see Cleveland stretch out into a 12-point lead on their way to icing an important 40-25 road win. 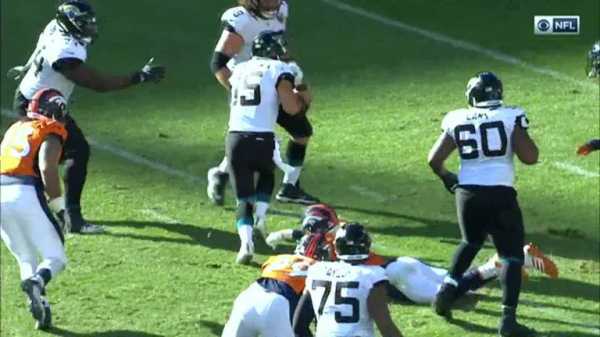 0:54 Gardner Minshew continues to impress, and he made the magic happen on this touchdown to Ryquell Armstead

Back-to-back wins for the man, the myth, the legend, Gardner Minshew. The moustachioed, sixth-round signal-caller has galvanised this Jags team, following up last week’s home win over the Titans with another in Denver – an altogether tougher assignment.

It took Minshew a while to get going, and admittedly he leaned on the run game and Leonard Fournette’s monster 225-yard day, but it was Minshew’s two third-quarter TDs – the first to Ryquell Armstead after escaping intense pressure, a thing of real beauty – that truly ignited the 26-24 comeback win. 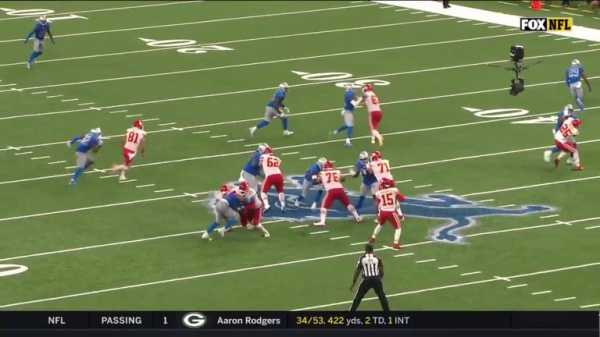 0:46 Travis Kelce flipped the ball back to LeSean McCoy as the pair improvised for a ‘hook and ladder’ play for the Chiefs

The Jags’ road win was far from the only close contest on Sunday night, with the Chiefs and Lions also involved in a thriller in Detroit.

All the talk coming into the contest was how Patrick Mahomes would run riot in the dome, away from the elements, but he was in fact held scoreless (though he did still throw for 315 yards) and the upstart Lions certainly had the Chiefs scared with a 30-27 lead late on before Darrel Williams rumbled in for the game-winner.

To start the fourth quarter, Travis Kelce’s improvised lateral to LeSean McCoy – after Mahomes had scrambled to freedom – showed the confidence these Chiefs players had to fight back! 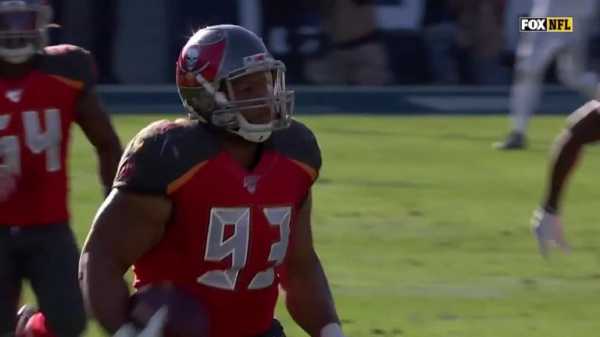 The Chiefs may have managed to avoid a shock defeat to stay unbeaten, but the Rams did not! Los Angeles went down 55-40 at home to the Buccaneers, with Jameis Winston throwing four TDs to follow up his three against the Giants a week ago.

The Rams actually fought back from a 21-0 deficit in the second quarter, closing to within five at 45-40 after a Marcus Peters pick-six late in the fourth quarter. But, a Matt Gay field goal and a strip-sack returned for a TD by former Ram, Ndamukong Suh, clinched a memorable road win. 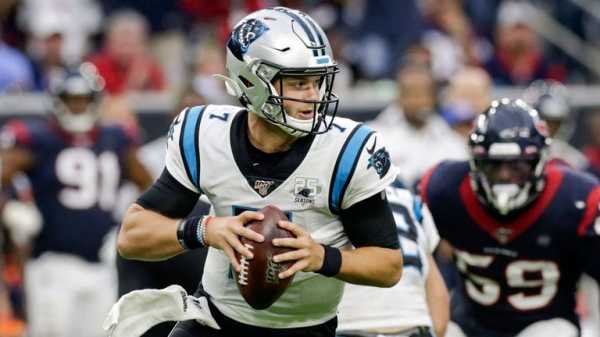 The Panthers join the Browns and Ravens on 2-2 for the season, riding back-up quarterback Kyle Allen to two-straight road wins in the absence of Cam Newton.

Allen did not have quite the impressive four-TD outing of the previous week in Arizona, but he did once again look after the football – no turnovers and 266 yards – in seeing Carolina to an impressive 16-10 win over Houston.

A stunning statistic from after the victory: Allen joins Carson Wentz (2016) as the only quarterbacks in the Super Bowl era to go 3-0 with zero interceptions in their first three career starts (he won his first start in Week 17 last season).