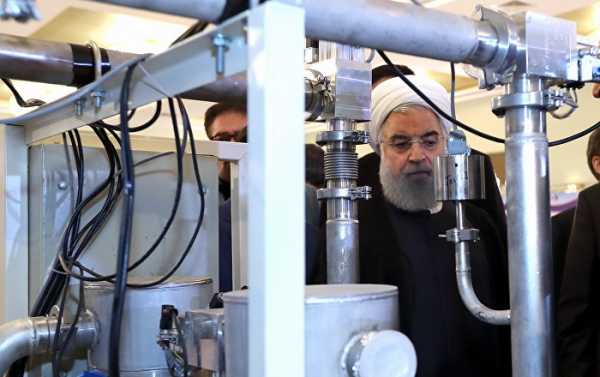 BEIJING (Sputnik) – China continues to advocate the preservation of the Iran nuclear deal and is working with other parties concerned in this regard, Chinese Foreign Ministry Spokesman Lu Kang said on Tuesday, commenting on the resignation of Iranian Foreign Minister Mohammad Javad Zarif.

“The Chinese side continues to support the preservation of the [Iran nuclear] deal. Moreover, along with other parties involved, including Russia, we are making every effort to preserve this agreement,” Lu said at a briefing, asked to comment on the future of the Iran nuclear deal in light of Zarif’s resignation.

Lu also expressed hope that the comprehensive and strategic partnership between China and Iran would further develop.

The statement comes in wake of Monday’s announcement made by Zarif via Instagram that he was leaving his post. However, Iranian President Hassan Rouhani has yet to formally accept the diplomat’s resignation.

Zarif has been heading the Iranian Foreign Ministry since 2013 and played a leading role in concluding the 2015 nuclear deal with China, France, Germany, Russia, the United Kingdom and the United States, under which Tehran agreed to curb its nuclear program in return for international sanctions relief.

Last year, the United States withdrew from the deal and reimposed sanctions on the Islamic republic, while the rest of the signatories repeatedly stressed they would stick to the agreement.