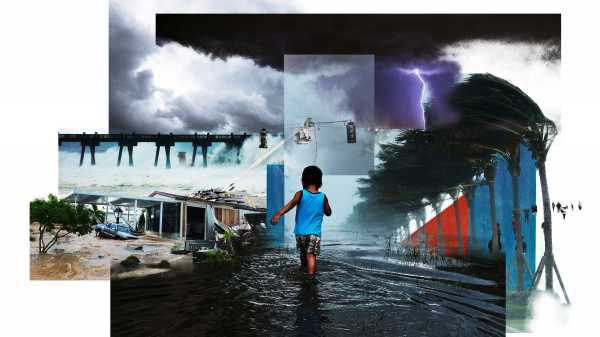 This story is part of Covering Climate Now, a global collaboration of more than 250 news outlets to strengthen coverage of the climate story.

Phoenix, one of the hottest and fastest-warming cities in the US, could be hit by “a [Hurricane] Katrina of extreme heat” with temperatures peaking in the 120s and lingering for two weeks. In a heat wave like this, the power grid would succumb to brownouts and blackouts and many elderly would die in their homes.

Southern California could see a wildfire that burns a total of 1.5 million acres. Smoke from the blazes could carry at least 100 miles west into Los Angeles and 100 miles south to San Diego, leading to hazardous air quality throughout the region and thousands of hospitalizations. Well over 100,000 structures would likely be destroyed and hundreds could die the flames. “The damage would likely be massive, potentially dwarfing what we have seen recently,” David Sapsis, a scientist with Cal Fire who reviewed the simulated fire, told me.

Tampa Bay is one of the areas in the US most at risk when hurricanes arrive because of its location, growing population, and the geography of the bay. If a Category 5 hurricane makes a direct hit on the bay, parts of Pinellas County — which is home to St. Petersburg — will temporarily become an island. People who choose to remain — or can’t evacuate — might be trapped.

For the Vox series, the Big Ones, published last week, we asked scientists about worst-case extreme weather scenarios for three vulnerable regions of the United States. (You can read the stories here, here, and here.) Each of the events we described would be an outlier, a rare, extreme event, the far end of bad. But climate change is, broadly, rendering these kinds of events more severe, and in some cases more frequent, in many parts of the country.

And even if one of these events were to happen, even at a lesser degree of severity, it would still be extraordinarily costly, both in terms of human lives and other losses. The kind of event you’d wish you’d prepared for better, if you were a citizen, or a government official.

It’s clear these regions — Tampa Bay, Southern California, and Phoenix, along with countless others with similar vulnerabilities — are not doing enough to reduce the impact of these kinds of events, at this level of severity or at a milder but still damaging level. They’re still building in the path of tempests, still replacing heat-mitigating trees and soil with concrete. Government agencies are leaving millions of dead trees in the forest, ready to burn at the first spark. 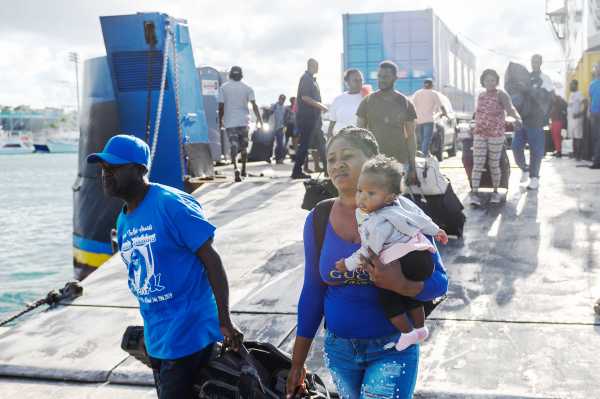 With Hurricane Dorian, which recently slammed into the Bahamas as a Category 5 storm, most of the deaths have been recorded in the community of undocumented Haitians who work on golf courses but live in shanty towns. In the scenarios we’ve outlined, the poorest, most vulnerable people stand to lose the most as well.

We know these disasters may be coming, but we need not cower in fear of them

The New Yorker published an essay earlier this week by the decorated novelist Jonathan Franzen that chastised climate activists and scientists for their “unrealistic hope,” and belief that “catastrophe is theoretically avertable.” Franzen, a “doomer dude,” views the “climate war” as unwinnable. Rather than doing everything we can to reduce carbon emissions, we should divert resources to adaptation and conservation, he says.

Franzen seems to be quite misguided. Vox’s Sigal Samuel wrote a great piece dissecting the criticism scientists and advocates voiced, from Franzen’s characterization of the science and the politics to his take on human psychology and behavior around climate change.

“[I]t is precisely the fact that we understand the potential driver of doom that changes it from a foregone conclusion to a choice, a terrible outcome in the universe of all possible futures,” Kate Marvel, a prominent climate scientist, wrote Wednesday in a piece for Scientific American titled “Shut Up, Franzen.”

The whole kerfuffle is a great reminder of how tempting it is for doomers to strip the conversation about climate change down to binaries, and zero-sum positions. Mitigation or adaptation. Naive hope or realistic pessimism.

Ultimately, these don’t serve the conversation well. We’re much better off in the realm of nuance, balancing awareness of the possibly catastrophic consequences of our past, current, and future emissions with the ongoing opportunity to prevent a mounting burden of suffering for future humans.

As Mary Annaïse Heglar, a climate justice essayist and the director of publications at the Natural Resources Defense Council, put it: “It is absolutely possible to prepare for the disasters already, terrifyingly, upon us while also doing our damnedest to quit baking more in.”

We know these disasters may be coming, but we need not cower in fear of them. We can learn about them, and feel empowered to soften their blow.

Ultimately, these scary scenarios are worth contemplating because fear of impending disaster can be motivating; it can release us from the complacency that has kept us from insisting that our leaders get far more aggressive on reducing emissions. The growing threat of climate catastrophe can be a helpful nudge to leaders to up their ambition on decarbonization — and their disaster preparedness game at the same time — without succumbing to the Franzen-style cynicism of doom.