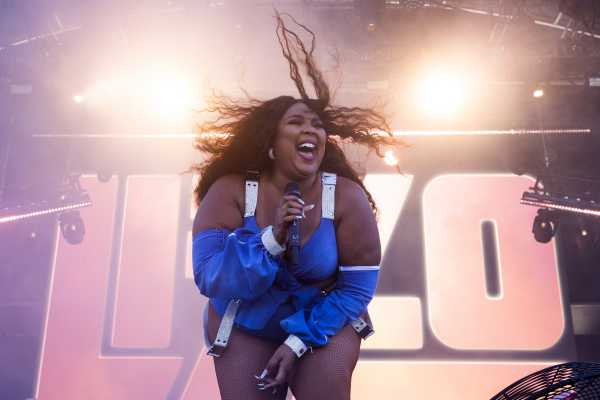 Music’s big night is here: The 2020 Grammys, the 62nd annual celebration, will take place Sunday, January 26, 2020, with Alicia Keys hosting for the second year in a row. The awards will air live from the Staples Center in Los Angeles, with the ceremony broadcast on CBS starting at 8 pm Eastern/5 pm Pacific.

When it comes to the music, the biggest story headed into the 2020 Grammys goes by one name only: Lizzo. The singer and flutist behind hits like “Truth Hurts” and “Juice” leads the nominations with eight total, including nods for all four of the night’s top prizes: Album of the Year, Song of the Year, Record of the Year, and Best New Artist.

Lizzo’s domination has been seen as a triumph of the music streaming industry, particularly because of how her 2017 song “Truth Hurts” became a No. 1 hit in 2019 — thanks in part to its popularity in memes on social media platforms like TikTok and boosted by streaming. “Truth Hurts” was included as a bonus track on the deluxe version of Lizzo’s 2019 major-label debut album, Cuz I Love You, making it eligible for the 2020 Grammys.

Why everyone loves Lizzo — well, almost everyone

Right on Lizzo’s heels are Lil Nas X and Billie Eilish, two young artists whose combination of age and talent will remind many Grammy viewers, from older millennials to their parents, of their looming mortality. Lil Nas X, who is 20, and Eilish, who is 18, each have six nominations. Ariana Grande (another young ’un at age 26) and H.E.R. are next in line with five nods each.

Largely absent from the Grammys’ top categories in 2020 — and arguably one of the awards’ biggest snubs this year — is Taylor Swift. Swift did snag three nominations for her August 2019 album Lover, including a Song of the Year nod for “Lover.” But three nominations feels a bit meager for an artist like Swift, who’s won 10 Grammys in her lifetime, and who was the first woman to win Album of the Year twice (for her 2008 album Fearless and her 2014 album 1989). But her success at the awards has waned in recent years. She earned only one nomination for 2017’s Reputation, and the limited recognition for Lover means she isn’t in the running for a third Album of the Year trophy.

Outside of who actually takes home a Grammy, everyone knows the real draw of the telecast is the performances — some of which may be remembered long after the winners are crowned. In addition to Lizzo, Eilish, Lil Nas X, and Grande, this year’s performer slate includes Aerosmith, Camila Cabello, Brandi Carlile, BTS, the Jonas Brothers, Bonnie Raitt, Tanya Tucker, and Tyler the Creator. Also scheduled to appear is Demi Lovato, in her first live performance since being hospitalized in 2018.

The show will also honor the late rapper Nipsey Hussle. Hussle was killed in his South Los Angeles neighborhood on March 31, 2019. The Grammy-nominated rapper, who was 33 years old when he died, was also an entrepreneur, community activist, and father of two. Kirk Franklin, DJ Khaled, John Legend, Meek Mill, Roddy Ricch, and YG will perform in Hussle’s honor.

Meanwhile, behind the scenes of the Grammys, the Recording Academy (which oversees the awards) is in a state of chaos. Earlier this month, CEO Deborah Dugan was abruptly placed on leave after the Academy said an assistant had accused her of bullying, according to the New York Times. Dugan denied the charge and filed a lengthy complaint to the Los Angeles Equal Employment Opportunity Commission, alleging that the Academy’s general counsel had sexually harassed her and that the Academy had discriminated against her. Dugan’s complaint also included a claim that her predecessor as Academy CEO, Neil Portnow, has committed rape (an allegation he denies), as well as allegations of widespread corruption in the Grammy nomination process.

Dugan was the Academy’s first woman CEO, and was expected to usher in a new era for the organization after years of it having a dismal track record when it comes to racial and gender diversity at the Grammys. She had only held the position for five months before she was placed on leave, and maintains that she was suspended in retaliation for uncovering misconduct at the Academy.

In a statement sent to press, the Academy — which has strenuously denied Dugan’s assertions — said that the Grammy nomination process “is led in a fair and ethical manner and that voting members make their choices based solely on the artistic excellence and technical merits of eligible recordings.” The Academy further declared that “spurious allegations claiming members or committees use our process to push forward nominations for artists they have relationships with are categorically false, misleading and wrong.”

It remains unclear how much the controversy will overtly impact Sunday’s ceremony, as opposed to just looming in the background of the night’s performances and awards. Only a few artists and music industry executives have publicly commented on the matter or taken sides. However, Taylor Swift has reportedly canceled a surprise performance at the ceremony as a result of Dugan’s allegations.

How to watch the 2020 Grammy Awards online and on TV

Where: The Grammys will air live on CBS and can be livestreamed on CBS All Access. The livestream may also be available through live TV streaming services that carry CBS.

Host: Alicia Keys, a 15-time Grammy winner, will host the awards for the second year in a row.