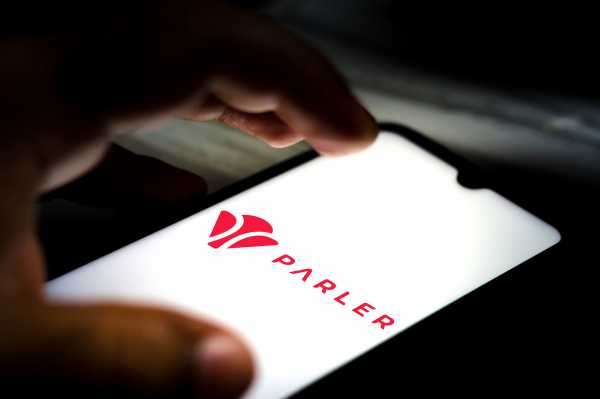 Parler, the conservative-friendly “free speech” social media app, is back in the Apple App Store. But like anything involving social media and free speech, its return is complicated.

Beginning on Monday, Parler is available for download on iPhones and iPads. This comes around four months after Parler was banned or limited by Apple, Amazon, Google, and virtually every other major tech company for allowing some of its users to openly organize violence following the 2020 US election — namely at the January 6 US Capitol insurrection.

In order for Parler to comply with Apple’s guidelines, it had to walk back its “anything goes” approach to potentially harmful speech and create a more restrictive version of its app just for iOS devices. Parler says it will start using AI to detect hate speech and block those posts in this new “Parler Lite,” according to the Washington Post. Meanwhile, Parler will continue to operate a less restricted version of its app on other platforms, including Google’s Android.

Parler’s splintered return to the mainstream internet is just another example of the increasingly polarized nature of political discussion on social media. Platforms like Parler are capitalizing on the demand for a social media network where people can say anything they want, at a time when companies like Facebook and Twitter have introduced more rules to limit harmful content.

Since its launch in 2018, Parler has presented itself as a place where people can speak freely without “fear of being ‘deplatformed’ for their views.” But now, it’s agreeing to play by Apple’s rules in blocking hate speech and violent content. That’s easier said than done — especially given Parler’s relatively small size and the fact that many major tech companies no longer want to work with them.

Much larger companies like Facebook, Google, and Twitter, have struggled to create and enforce their rules around harmful content, raising the question of how Parler will do so without similar issues. And Apple, which until recently had largely managed to stay out of the debate around political speech (unlike Facebook and Twitter), will now have to play a major role in deciding where to draw the line with Parler and whether the app is actually making good on its promise to block hate speech on its platform.

“It’s going to be an interesting story to watch in a number of ways,” said Evelyn Douek, a lecturer at Harvard Law School who studies content moderation online. “There’s the story of what happens with Parler itself, whether it does get more serious about policing hate speech and violent content, and then what does it mean for Apple to get into the content moderation game.”

How the new Parler app will work

You should now be able to download Parler from the Apple App Store. However, the relaunch seems to have some bugs. Although the company has said that people should be able to use the new app starting today, Recode ran into some problems when we tried on three different iPhones to search for the app in Apple’s App Store, create accounts, log in, and use the app.

Assuming Parler fixes whatever technical difficulties its Apple-specific app may be having at the moment, the other underlying complication involves the fact that there are two different versions of Parler: one for iOS and one for everywhere else, where you can still click into hateful content after seeing a label.

In early January, Parler was effectively booted off the internet because Amazon refused to host its web services on its AWS platform. But less than two weeks later, Parler was back online thanks in part to Russian-owned DDos-Guard, which helped it with the technical infrastructure to return online. Soon after, the company returned to Google’s Android platform in a sense: The app is still banned in the Google Play Store, but Android users can still bypass the Play Store and download it on their Android phones.

It’s a messy state of affairs for Parler’s two-tiered app offerings. One person reading the “Parler Lite” on Apple devices may be seeing a much friendlier discussion than someone else seeing the full-blown app. There’s also the risk that people use the Apple version of Parler to attract followers, and then organize violence on the non-Apple versions of Parler.

Apple’s Parler problems are far from over

Even though Apple decided to let Parler back on its app store for now, it will still have to deal with reviewing whether Parler meets its standards in the long term. And since Parler has become a flashpoint in the debate around free speech and harmful content online, that will prove to be a politically thorny problem.

Big Tech’s ban of Parler was justified to many who saw the company as willfully neglecting its responsibility to stop people from organizing violence online. But others, including Republican leaders like Texas Sen. Ted Cruz and California Rep. Kevin McCarthy, saw it as Silicon Valley being overly punitive in going after conservative speech.

Parler ended up coming back online in mid-February — albeit without the mainstream distribution channels of Apple’s App Store and Google’s Play Store — after finding support from alternative tech infrastructure networks. And in the absence of Parler, some extremists migrated to private messaging apps like Telegram and WhatsApp, where it’s harder to get caught for violating policies.

The reality is, virtually all major social media networks have rules against violent and hateful content. And it’s inevitable that people will break them. Facebook, Twitter, and Google are far from perfect, but they generally make an effort to at least try reining in content that clearly violates these rules. That wasn’t the case for Parler, which took a radically more hands-off approach to moderating content than any of its competitors. The app quickly became the place for users who had been banned by more mainstream social media companies.

The company’s former CEO John Matze defended Parler’s content moderation policies when he was interviewed by Recode co-founder and New York Times columnist Kara Swisher on her podcast shortly after the Capitol riot. In early February, Matze was fired by Parler’s board, and on Monday, the company announced a new CEO, conservative UK politician George Farmer.

Parler has agreed, in theory, to take a firmer stance on hate speech for Apple. But what remains to be seen is how they will execute on that promise, and how much Apple will continue to flex its power over the mobile market to hold Parler to its new standards.