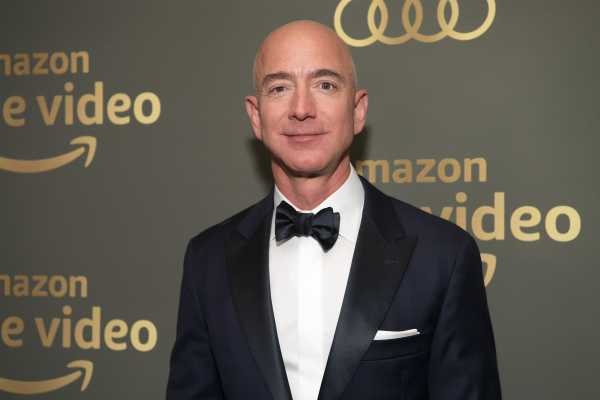 Here is where we are, right now, in 2019: The world’s richest man just published an open letter on the internet, in which he describes embarrassing private photos of his genitalia, because he says a tabloid linked to the president of the United States is trying to extort him.

Here is the slightly longer version: Amazon CEO Jeff Bezos has penned a now-immortal Medium post — “No thank you, Mr. Pecker” — describing what he calls an “extortionate proposal” by executives from American Media Inc., the publisher that owns the National Enquirer.

Bezos alleges — backed up by what he says are emails from AMI executives — that AMI wanted him to announce that he doesn’t have any reason to believe the Enquirer was “politically motivated or influenced by political forces” when it published an exposé about an affair he had had.

That is: Bezos says that AMI executives didn’t like the suggestion — floated in the Bezos-owned Washington Post, among other media outlets — that the Enquirer had run the story because of a longstanding relationship it had with Donald Trump, who has made a point of attacking Bezos, the Post, and Amazon.

The trade, per Bezos and the text of correspondence he has published purportedly from AMI executives, including AMI chief content officer Dylan Howard: If Bezos agreed to say that he didn’t think the company ran the story because of Trump, AMI wouldn’t publish “unpublished texts and photos” that would presumably be embarrassing to Bezos and Lauren Sanchez, the woman he had been seeing.

Bezos’s response: To publish an email he says came from Howard, describing 10 photos Bezos wouldn’t want published, including a “below the belt selfie — otherwise colloquially known as a ‘d*ck pick.’”

Bezos’s goal here is presumably to deflate the Enquirer’s threat to use those photos.

He is also, he argues, making a point: “Any personal embarrassment AMI could cause me takes a back seat because there’s a much more important matter involved here. If in my position I can’t stand up to this kind of extortion, how many people can? … These communications cement AMI’s long-earned reputation for weaponizing journalistic privileges, hiding behind important protections, and ignoring the tenets and purpose of true journalism. Of course I don’t want personal photos published, but I also won’t participate in their well-known practice of blackmail, political favors, political attacks, and corruption. I prefer to stand up, roll this log over, and see what crawls out.”

Some additional context: Trump has often criticized Bezos, the Post, and Amazon, and often incorrectly suggests that Amazon, not Bezos, owns the Post. His enmity for Amazon has reportedly led him to ask the US Postal Service to raise shipping rates in an attempt to hurt Amazon.

Until recently, Trump and AMI had a longstanding relationship, where AMI’s Enquirer would publish flattering stories about Trump and would also stifle ones that were embarrassing.

The Enquirer and AMI had previously denied it killed stories on Trump’s behalf. But last year, as part of an agreement with federal prosecutors, it admitted that it paid former Playboy model Karen McDougal $150,000 to quash her story about her alleged affair with Trump.

On Tuesday — the same day Howard reportedly emailed Bezos, describing the photos — the Washington Post published a twisty story listing competing possible motives behind the Enquirer’s exposé. One major character in the story is Roger Stone, who, among other things, has recently been indicted by special counsel Robert Mueller on charges of lying to Congress. Like I said, it’s a twisty story.