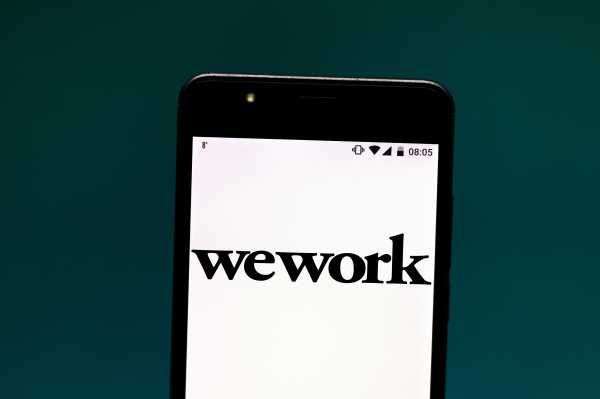 WeWork, which is officially known as the We Company, released paperwork to go public Wednesday. In it, the coworking company tried hard to defend its whopping $47 billion valuation, which is multiples larger than it would be worth if it were considered a real estate company like its main competitor IWG. What makes WeWork worth more, the company seems to be saying, is that it’s a tech company — meaning its innovation and flexibility make it better than a regular real estate company.

That’s a tough argument to make, given that for a long time, IWG has had substantially more square footage and more customers, and has actually made a profit — yet its market cap is just 8 percent of what SoftBank’s latest funding round thinks WeWork is worth.

WeWork’s filing shows it’s made some huge strides as far as its relative size to IWG, but that still doesn’t explain a valuation that’s more than 10 times higher. WeWork is operating at a huge loss, losing nearly $900 million in the first half of 2019, but it also doubled its revenue when compared with a year earlier.

Today’s release laid on the argument that it is a tech company — and by extension deserves its high price tag — very heavily. WeWork used a version of the word “tech” 123 times in its public filing; that’s more than the video calling software company Zoom did in its 2019 IPO filing, but less than the ride-hailing app Uber did, which also had to contend with arguments that it is basically a taxi company.

“Technology is at the foundation of our global platform,” WeWork’s S-1 filing reads. “Our purpose-built technology and operational expertise has allowed us to scale our core WeWork space-as-a-service offering quickly, while improving the quality of our solutions and decreasing the cost to find, build, fill and run our spaces.”

It goes on to emphasize that it hires lots of tech workers: a total of 1,000 engineers, product designers, and machine learning scientists out of the company’s approximately 12,500 direct employees. One could argue, however, that most companies are “tech companies” these days, in that most companies hire plenty of engineers to facilitate their business’s — and the economy’s — movement online. IWG said it didn’t have a ratio of tech to other employees available.

Note that WeWork also hedges on this point, trying to promote its human side as well. It says it has 2,500 community managers “who foster human connection through collaboration and holistically support our members both personally and professionally,” but then adds that “the entire member experience is powered by technology designed to enable our members to manage their own space, make connections among each other and access products and services, all with the goal of increasing our members’ productivity, happiness and success.”

It is both human and machine.

Thanks to being a tech company, WeWork continues, “[we] are able to deliver a premium experience to our members at a lower price relative to traditional alternatives.”

This is probably the most salient part of the argument. WeWork says its costs per employee are nearly 60 percent lower than those of its competitors thanks to the efficiencies of using technology. That means it can out-compete its rivals on a cost-saving basis.

But right now, the company is losing money hand over fist (not an uncommon practice among unicorns but not exactly a ringing endorsement of WeWork’s penny-pinching). It’s also been beset by accusations of gender and age discrimination as well as self-dealing. The company, which had avoided expenses — and risk — by leasing rather than buying property, was actually leasing property from WeWork CEO Adam Neumann and making him millions. After scrutiny, the company purchased those buildings to avoid appearances of conflict. Neumann recently cashed out more than $700 million from the company in a mix of stock sales and debt — not a great look for a founder trying to demonstrate to others why they should buy the stock.

And “space as a service” does not a software company make.

Despite its founder’s far-flung investments, WeWork has just two revenue lines: the dominant “membership and revenue service” — basically what members pay to lease its office space as well as any extras, like booking a conference room — and “other revenue,” which consists of sponsorships and ticket sales from WeWork-branded events.

And while WeWork’s tech integration is certainly valuable to its customers (and for optimizing how it runs its business), its main product is office space. And that isn’t a tech product.