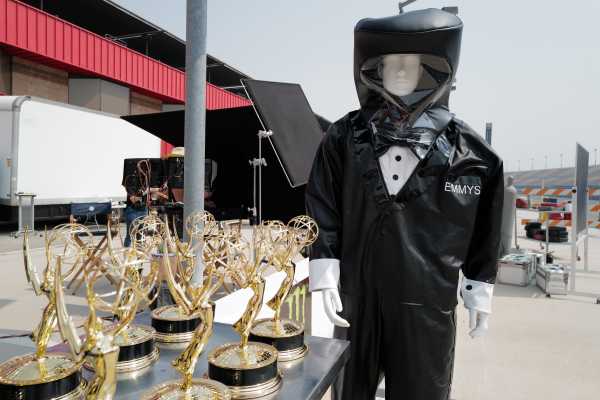 The 2020 Primetime Emmys are going to be a proving ground, if nothing else.

The 72nd annual ceremony — which will air on ABC at 8 pm ET on Sunday, September 20, and stream on ABC’s website (with a cable login), Hulu’s Live TV service, and something called FuboTV — won’t be held in a giant theater full of celebrities because (and I don’t know if you’ve heard this) the global Covid-19 pandemic makes hosting events where lots of people crowd together into one room not advisable.

Instead, the awards are primed to become an ode to barely structured chaos. There will be 130 cameras stationed around the world — from New York to Los Angeles, from London to Tel Aviv — all designed to capture the moment when a nominee wins or loses. And for safety’s sake, those cameras are either going to be operated remotely or by the nominees themselves. The Television Academy has shipped out tiny “production” units, which contain a camera, a laptop, a ring light, and a boom microphone, as per a recent press conference with the awards show’s producers. (You can read a list of nominees right here.)

Emmys 2020: The nominees for the best TV of the year

It’s honestly pretty nifty, but it also contains the potential for so, so much chaos. Think of your standard videoconferencing operation. Now multiply that by 130 individual live feeds, one for each nominee, not to mention everything going on at the Staples Center in LA, which will be the awards’ hub.

Here are five things to expect from this year’s incredibly unusual Emmy Awards.

At a Wednesday press conference, the Emmys’ executive producers, Reggie Hudlin and Ian Stewart, said that Kimmel would be hanging out at the Staples Center to deliver his monologue and keep things rolling along.

At first, that might sound like he’ll be standing in a giant, empty arena, delivering jokes into an echoing nothingness. But, no, the producers assured the press: Other people will drop by to say hey (though they wouldn’t say who, exactly; our money is on Matt Damon, so Kimmel can keep running that particular joke into the ground).

Still, a mostly empty, cavernous space, combined with a comedian who almost certainly gains energy from hearing people laugh at his jokes … what could go wrong?

It sure sounds like once the Emmy Awards begin, all of those cameras are going to turn on, and then the celebrities will be forced to just hang out in their desk chairs and watch the show. Surely, some of those feeds will be turned off as the evening wears on (particularly for those nominees who don’t win in their categories), but at least for the opening monologue, the producers will likely want to be able to cut to, say, Baby Yoda when Kimmel makes a crack about The Mandalorian. (Don’t you come for Baby Yoda, Jimmy Kimmel!)

This makes for an incredibly elaborate production headache. Any one of those feeds could go on the fritz at any moment, and all of them have to be filtered through command HQ at the Staples Center. What could possibly go wrong?

3) The stars will be wearing whatever they want

4) It sure seems like Schitt’s Creek, Succession, and Watchmen will have a big night 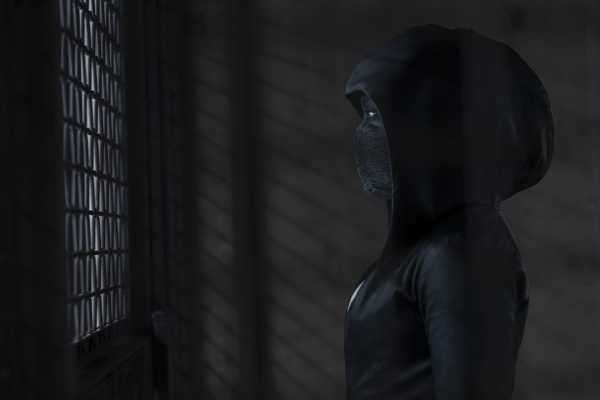 It’s too soon to make reliable predictions — the week-long slog that is the Creative Arts Emmys only got to the portion where it started handing out awards for scripted programming on Wednesday, after two full days of awards to nonscripted programming — but given the categories where the three shows above are nominated, particularly for acting, writing, and directing, and the general buzz for them within the TV industry, it seems safe to predict they’ll each be taking home a number of trophies on Sunday. (Further bolstering Schitt’s Creek’s case: It won Outstanding Casting for a Comedy Series, and the last five winners of that award went on to win Outstanding Comedy Series.)

Then again, The Mandalorian scooped up five Creative Arts Emmys, helping Disney+ set a new bar for how quickly a streaming service can attain Emmy success (it’s the first time a streaming service has ever won this many awards in its first year of eligibility), so look out for Baby Yoda. Unless Jimmy Kimmel gets him first.

The 2020 Emmys are going to take chances on how they present awards, simply by necessity. We don’t know enough to really speculate. But we do know that awards shows like the Grammys and Oscars, scheduled for the first half of 2021, are going to be watching closely as they figure out how to offer up an awards show in the Covid-19 era.

What could this mean? We have no idea. But we hope it means that after he’s done laying into Baby Yoda, Kimmel uses powerful sorcery (or just holograms) to conjure the spirits of many of the nominees to share the stage with him and do his bidding. Or, more likely than not, we’re going to see a bunch of semi-funny comedic bits staged all over the world, requiring precise timing over a videoconferencing platform (a medium known for precise comedic timing).

The Emmys, like last month’s Democratic National Convention, have a chance to break open the template of a TV staple that has become so commonplace as to be deeply boring. Will this year’s ceremony actually do that and save awards shows forever? Probably not, but hey, we can still hope.

The 72nd Annual Primetime Emmy Awards will air Sunday, September 20, at 8 pm ET on ABC. It will be live nationwide. You can also watch on ABC’s website (with a cable login), Hulu’s Live TV service, and FuboTV.