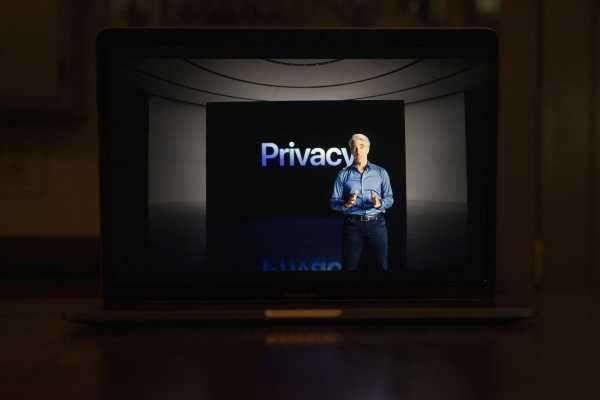 Apple announced on Monday at its annual Worldwide Developers Conference (WWDC) that its upcoming iOS 15 update will give iPhone users even more insight and control over their own data. Among other updates, you’ll soon be able to see who your apps are sharing your data with; you’ll be able to stop trackers from detecting if and when you open emails; and you’ll be able to keep your internet activity more private. This is good news for you, but not great news for the data brokers that use your data to make money.

To illustrate just how seriously Apple takes its users’ privacy, Apple’s senior vice president of software engineering, Craig Federighi, introduced the privacy portion of the WWDC keynote by leaving the brightly lit virtual stage from which he was introducing other new iOS products and jumping into a secret, darkened virtual room.

Some of Apple’s new privacy features will cost extra …

But Apple users may have to pay to fully exercise that right: Two of the new features are only available for iCloud subscribers (prices range from 99 cents to $9.99 a month, depending on how much storage you use), who will soon be enrolled in “iCloud+.” Here’s what “+” gets you:

VPNs already cost money — it’s quite a range, but depending on which service you use and what plan you buy, you could pay $1.99 a month or you could pay $12.99 (there are free ones, but buyer beware) — so Apple isn’t doing anything that the industry isn’t doing already. That industry, by the way, might be in for some pain now that Apple has joined it. If you already have an iCloud — sorry, “iCloud+” — account, you’re getting something at no extra cost that you would have had to pay for otherwise.

Apple has said that it considers privacy and security to be part of the value of its devices — and it has repeatedly called that privacy a “human right” — but in these cases, that human right is going to cost a little more.

… but most of them are still free

And now, the privacy improvements you won’t have to pay more for.

First up is one that will surely upset newsletter providers, because it will prevent them from tracking how many and which of their subscribers are opening their emails. Oh, you didn’t know that newsletters are tracking when and if you read them? Welcome to the world of pixels. You see, newsletters (and anyone who sends an email using an email tracker) embed tiny pixel-sized images in emails. When you open an email, you automatically download the images in it, and then the sender knows which email addresses opened the email, how often they opened it, when they opened it, and even the IP address that opened it.

This is all useful information for newsletter operators who want to know how many subscribers are actually opening their product or other details about them. But it can be abused, too. It’s not just newsletters that use this feature. So now, Apple’s Mail app will have Mail Privacy Protection, which will hide all of that information from email senders — including those poor newsletters and their prized open rates. Unlike some other Big Tech companies, Apple doesn’t appear to be getting into the newsletter game, so it has no need for these pixels. (If you don’t use Mail or don’t want to wait for iOS 15, there are still ways to block these trackers that you can turn on right now.)

And if you liked iOS 14’s App Tracking Transparency and Privacy Nutrition Labels, then you’re going to love iOS 15’s App Privacy Report. This will be a new section in your device’s privacy settings, telling you how often and when your apps use your permissions (things like accessing your location, camera, and microphone). It’s a lot like what Google introduced in Android 12 last month, which was one of the few features that wasn’t something Apple had done earlier.

But App Privacy Report goes even further than Android’s privacy dashboard. It also says which domains your apps are contacting while you use them. This will finally give the average user a way to see who else their apps are sharing their data with, though it doesn’t do anything to stop that sharing from happening in the first place. So, it’s not so good for control (although who knows what iOS 16 will bring), but it is great for transparency. 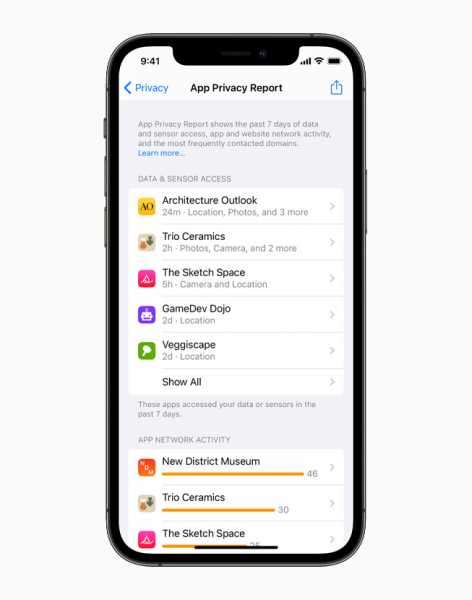 If you don’t have an iCloud(+) subscription and don’t want to or can’t pay for one, you’ll still have a free Safari privacy update that hides your IP address from trackers on websites you visit, thus making it harder for trackers to identify you as you go your merry way browsing the internet.

Finally, Siri is also getting more private. Apple’s voice assistant will now do all speech recognition processing on your device, rather than sending your audio to an Apple server for processing. That means Apple won’t have access to those recordings, which is a privacy issue for pretty much every major smart assistant out there. But that doesn’t mean that what you request stays on your device — just that the sound of you requesting it does.

Apple didn’t say when iOS 15 will roll out, or if all of these features will be present whenever it is released. Going by previous years, it’ll roll out in September, although that doesn’t mean everything announced today will come then, too. We had to wait seven months between iOS 14’s release and iOS 14.5 with App Tracking Transparency. But they will come, and they will cause more disruption in the tracking industry when they do.