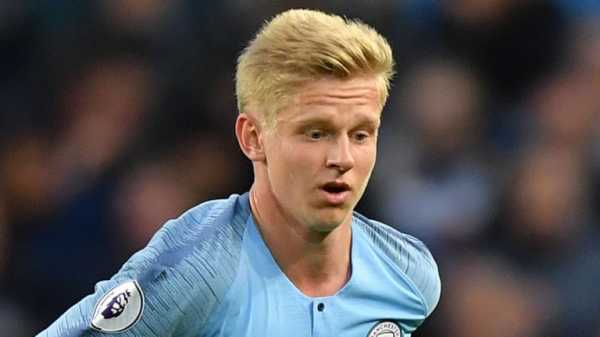 Wolves have agreed a £16m fee with Manchester City for Oleksandr Zinchenko, Sky Sports News have been told.

The transfer will depend on whether the Premier League newcomers can persuade the versatile Ukrainian to leave the reigning Champions.

Zinchenko would cost Wolves £16m, and City are prepared to let him leave for that price – but Nuno Espírito Santo has yet to persuade the player to make the move.

He played 14 times for Manchester City last season and was impressive as a makeshift left-back when injuries deprived Pep Guardiola of Fabian Delph and Benjamin Mendy. But he is now seen as surplus to requirement and Guardiola will allow him to leave.

Wolves are also interested in Belgium international Leander Dendoncker from Anderlecht. The midfielder is travelling to England to discuss personal terms and undergo a medical.

They are also still keen on signing Sam Clucas from Swansea before tomorrow’s deadline.