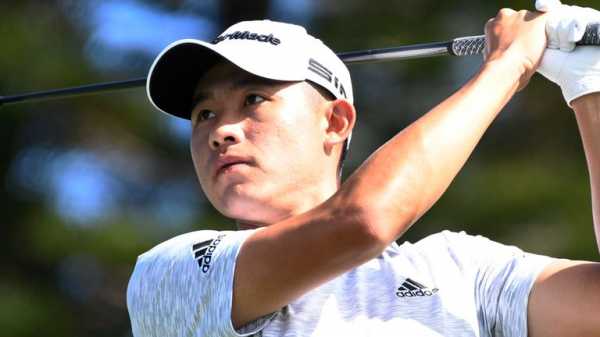 The top shots from an entertaining third round of the WGC-Workday Championship at The Concession, where Collin Morikawa leads with Brooks Koepka and Rory McIlroy in pursuit.

Collin Morikawa seized control of the WGC-Workday Championship after a blistering spell of golf during the third round at The Concession in Florida.

While overnight leader Brooks Koepka had to delve deep into his competitive reserves to stay in contention as he battled a painful neck problem, Morikawa powered into a commanding lead with seven birdies in eight holes either side of the turn.

That remarkable run of scoring lifted him five clear of the field at the time, but he then offered a lifeline to the chasing pack with a faltering finish, making scrappy bogey-sixes at both the par-fives on the back nine and stumbling in with a disappointing 67.

The PGA champion closed on 15 under and will go into the final round two shots ahead of Koepka, who did well to get round in 70, and Billy Horschel, while Rory McIlroy is only four off the pace after picking up five shots over the last seven holes to card a 66. 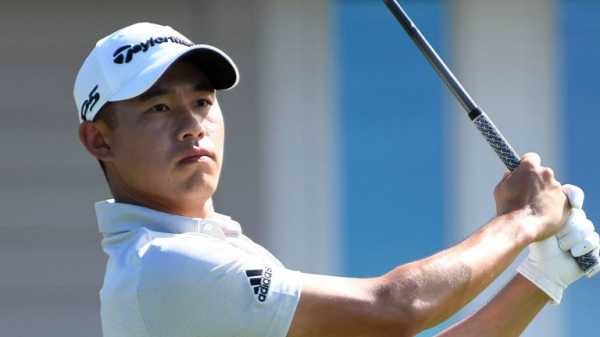 With Koepka clearly struggling with injury and forced into damage limitation mode after a bogey-bogey start, Morikawa pounced with five consecutive birdies from the fifth, including a 32-foot putt for a bonus two at the short sixth, and he looked on course to run away with the tournament when he picked up two more shots at 11 and 12.

But he lost his momentum when he three-putted the next green to drop his second shot of the day, and he had to scramble hard to save par on each of the next two holes before making a mess of the long 17th, finding two bunkers en route to the green and running up another ugly six.

“I got off to a really good start and just kept rolling birdie after birdie,” said Morikawa afterwards. “I really didn’t think about it, game was playing really boring, playing simple, hitting fairways and hitting greens and that’s what we try to do out here every day. 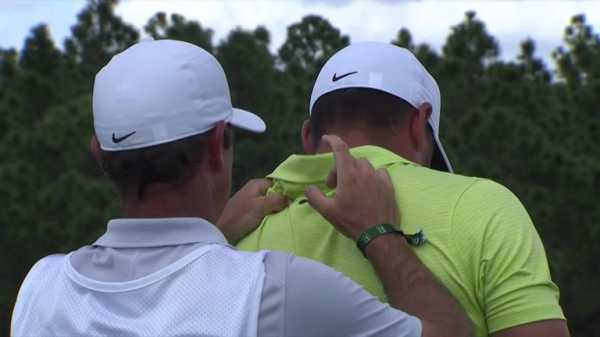 2:19 Brooks Koepka admitted he has been troubled by a neck injury for the last six weeks as the problem flared up on the third day of the WGC-Workday Championship in Florida.

“By the time I hit 13, just had a three-putt that kind of stalled the round and never really got it going again, just kind of missed some fairways and I was struggling to make pars. But overall just a lot of positives to take into tomorrow.”

Horschel suddenly pulled within two of the lead when he bounced back from bogeys at 13 and 14 with a birdie at 16 and an eagle at the penultimate hole, where his outstanding 260-yard second came within inches of striking the flagstick and settled just 12 feet beyond the cup.

His excellent finish salvaged a 69 and got him to 13 under with Koepka, who defied the discomfort from his stiff neck to keep any further bogeys off his card after his terrible start while carding four birdies, including late gains at 16 and 17 which added up to a commendable 70. 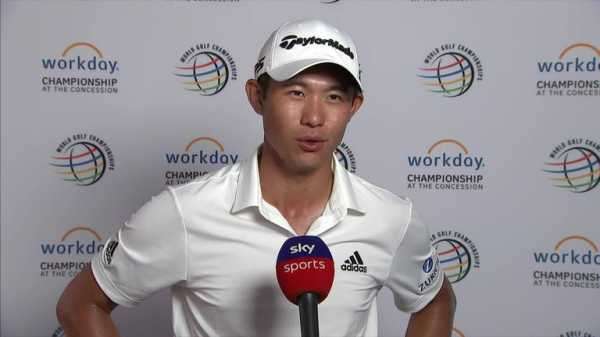 4:10 Collin Morikawa made seven birdies in eight holes to go five clear of the pack at the WGC-Workday Championship, but he ended the third day only two ahead after a faltering finish.

Webb Simpson also got to 13 under with birdies at the 16th and 17th only to give one back at the last to slip three behind Morikawa, while McIlroy will go head-to-head with Patrick Reed in the most intriguing pairing of the final day after both closed on 11 under par.

McIlroy concedes his game remains a work in progress as the inconsistencies of his year so far were still evident early on Saturday, typified at the first when he blocked his drive into the trees but clipped a magnificent recovery from the pine straw to 15 feet and rolling in the putt for birdie.

After one step forward, it was two back on the next when he thinned his second out of a fairway bunker, his ball catching the lip and nosediving into the water, mistakes that cost him a double-bogey six, but his repair work was admirable as he got back on track with three birdies in four holes from the seventh. 2:15 Rory McIlroy had mixed feelings about his third-round 66 at the WGC-Workday Championship as he continues to search for his best form. Despite not having his A-game, he is just four off the lead.

McIlroy erred again at 11, but he birdied 12 and two lusty blows down the long 13th set up an eagle-three from 12 feet, and further gains at 15 and 17 hauled him firmly back into contention for a fourth World Golf Championship title.

The Northern Irishman admitted afterwards that he felt he had been “riding the rollercoaster” on the course this week, an opinion which was appropriate for Reed’s scorecard on day three – his 69 featuring seven birdies, two bogeys and one double-bogey at the 13th, when he needed five shots just to find the putting surface.

Viktor Hovland wasted little time in getting over his quadruple-bogey eight on his final hole of the second round, roaring back with a 66 that propelled him to 10 under and certainly within striking distance of Morikawa.

The Norwegian is tied for seventh with prospective Ryder Cup team-mate Matt Fitzpatrick, who mixed four birdies with three bogeys in a 71, while Louis Oosthuizen and Tony Finau are one stroke further adrift.