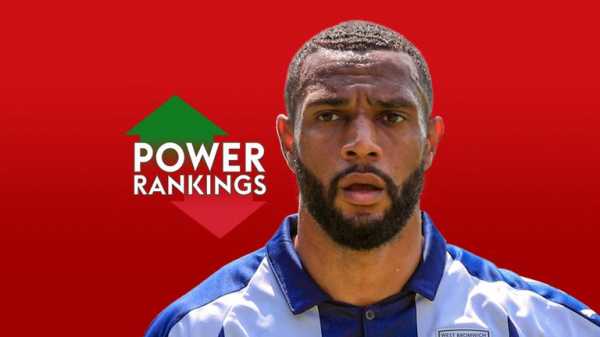 Phillips scored twice against his former club QPR during a 7-1 goal fest, while Leicester loanee Harvey Barnes slipped down the rankings to No 10 – having scored two goals from range in the Baggies’ opening three games. 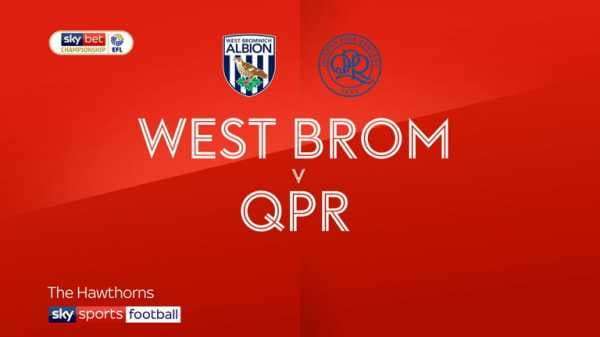 Wigan midfielder Nick Powell retained his runner-up spot after breaking the deadlock after just two minutes during a 2-2 draw with Nottingham Forest at the DW Stadium.

Brentford striker Ollie Watkins (No 3) scored his third of the season in a 2-0 win over Sheffield Wednesday, while fellow forward Neal Maupay also soared up the chart into No 8 spot.

Shaun Williams (No 4) doubled Millwall’s lead during a 2-1 win over Frank Lampard’s Derby on Saturday, while Leeds midfielder Kemar Roofe (No 5) scored and assisted the opener in a 2-0 win against Rotherham. 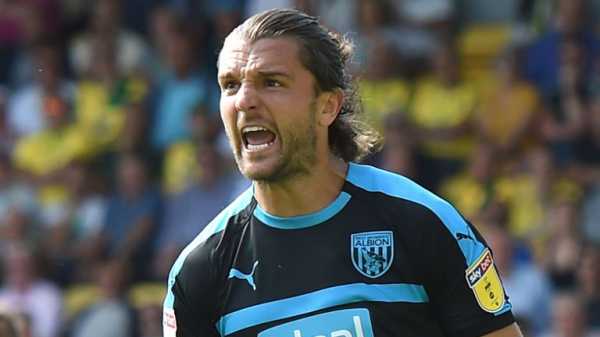 Middlesbrough defenders George Friend (No 6) and Ryan Shotton (No 9) benefited from three successive clean sheets – while striker Martin Braithwaite (No 7) also claimed a place among the top performers. 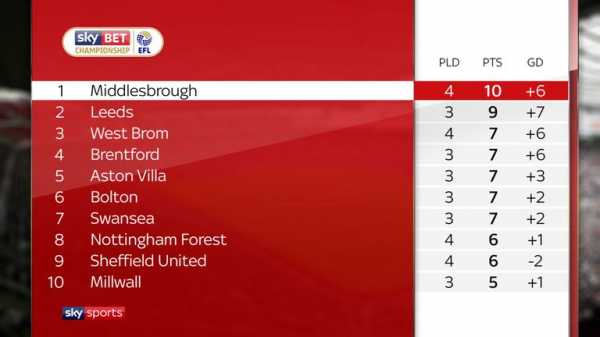 The Power Rankings methodology reflects a player’s performance over the past four matchdays by awarding points to players for 33 different stats. 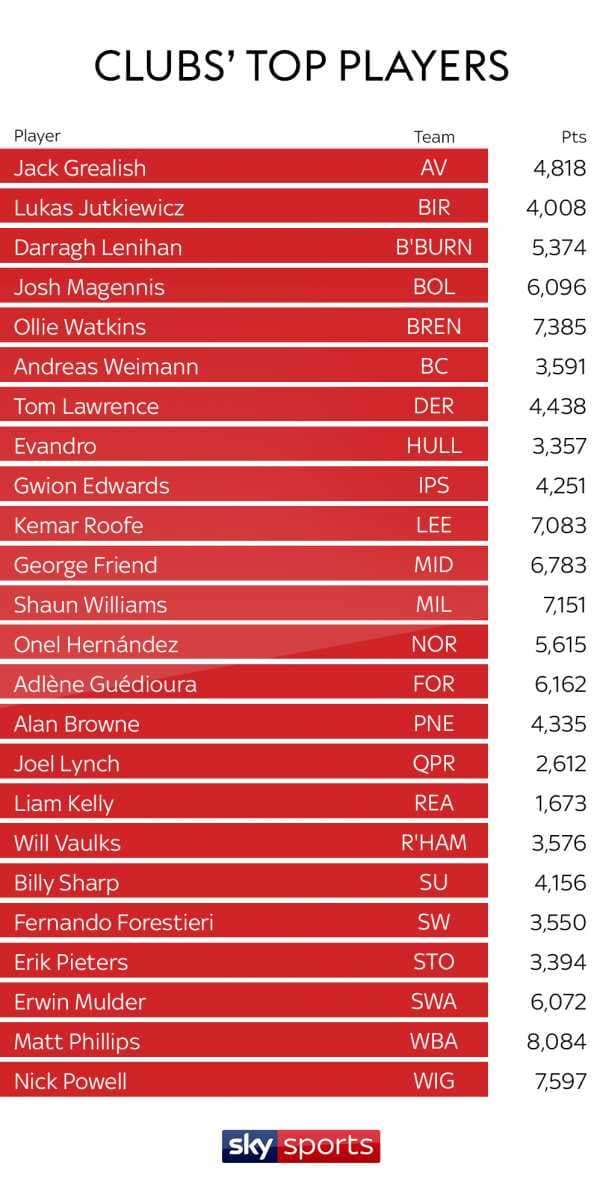