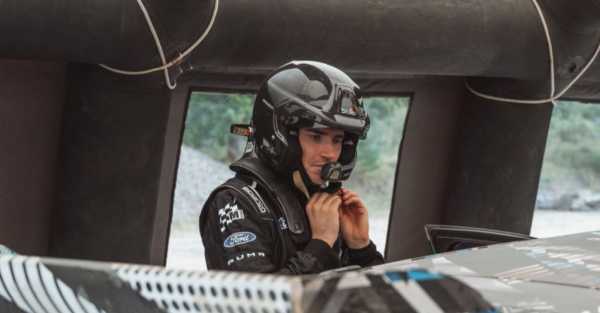 Craig Breen is no stranger to tragedy. The Waterford man found out the hard way just how dangerous motor sport can be, back in 2012, when a crash on the Targa Florio rally took the life of his then co-driver Gareth Roberts.

It was a gut-wrenching thing for a young driver to face, and Breen’s career since then has had, as he puts it himself, “more than a fair share of twists and turns.”

Just last week, the rally community was reminded once again that disaster is only a heartbeat away, when Cork driver Eoin McCarthy was killed in an accident during the Killarney Forest Rally.

Pausing for a second during our interview, Breen speaks for all motor sports fans: “I’m desperately, desperately sad about that. He was only 22, and just getting started in the sport. At that level, it’s all about pure fun and pure enjoyment, so for it to end that way is just such a tragedy.”

On a happier note, 2022 could be the year when they truly get to see the capability of Breen, and his co-driver Paul Nagle. The Irish pair have joined the Ford World Rally Championship Team, which is run out of Cumbria by the M-Sport team, headed by rallying legend Malcolm Wilson. On the first rally of the season, the famed Monte Carlo, M-Sport’s Puma was the car to beat, displaying a rare blend of high speed and driver-friendly handling.

The rally was won by France’s Sebastian Loeb – a man who has won nine world rally titles and who is driving for Ford on an occasional basis this year. A nice little part-time retirement gig you might say. In second place, driving for Toyota was another Frenchman called Sebastian; Sebastian Ogier, who has won eight titles in the sport, and has more individual rally wins than any other driver.

In third place was Breen, taking a podium position on the most famous rally of them all, and only beaten by the two greatest drivers that rallying has ever known. As a way to set-up expectations, it’s quite the start to the season, and with Loeb only dipping into the championship, Breen is now the de-facto lead driver for the storied team.

“I wouldn’t know about that!” says Breen with classic self-effacement. “I’m honestly trying not to give it too much thought. We’re going out trying to score points in the manufacturer’s championship, that’s the most important thing. But I don’t think there’s more pressure now than what I had on the Monte.

“When we stepped up to the start on the first stage, having had an accident in testing just a few days before, and all the other things that have gone on in the ten years getting to that point, that was real pressure. I’m actually a lot more relaxed now, having got the podium there. It took a lot of pressure off. It settled the nerves, shall we say?

Even so, Breen will be out to prove that a driver who’s neither French nor Scandinavian can win at the pinnacle of rallying. You have to go back to 2001, when Britain’s Richard Burns won the title, for the last time when a driver who was neither took the top spot in the championship. It’s been as tough a metaphorical road getting to this point as any real road that Breen will face on a rally special stage.

“It definitely hasn’t been easy,” Breen tells The Irish Times. “There’s been a lot of times that I thought it had slipped away from me. But we’re here now, we’re on the crest of a wave, and we’re going to try and ride that wave as long as we can.”

The sport’s pecking order has been opened up significantly this year by a major change of rules. Rally cars are becoming – relatively – more environmentally aware, switching to hybrid power. The drivers can charge up an on-board battery under braking, allowing them to unleash a boost of extra electrical grunt down the next straight.

According to Breen, his Ford M-Sport team has hit the high-spot this year because it essentially wrote off the last couple of years of the old rule-set, to make an early start on designing a car to the new regulations. In doing so, it has leapfrogged Toyota and Hyundai to put itself in the pound seats for the new season.

“The regulations have changed so much this year,” Breen says. “There’s so much new stuff in the car, and where we are, I think is the result of the effort that’s been put in by Ford and M-Sport. The other manufacturers, in the last couple of years, maybe their efforts to win the titles have overshadowed their work on the new cars.

“Whereas M-Sport and Ford have been working extremely hard on the Puma. Perhaps that meant that sometimes we missed out on the cutting edge with the Fiesta in the last couple of years, but the result is an amazing car that’s working well on all surfaces.”

Breen is certainly not unaware of the legacy that he’s carrying by driving for Ford. His previous swing at the top of the sport foundered – The Citroen team took Breen on for a partial world championship campaign, and although he scored some impressive podiums, the car was difficult to drive (not just for Breen, but for all the team’s drivers) and a rancorous political atmosphere within the French squad torpedoed the effort, and Breen sought pastures new.

A part-time campaign with Hyundai in 2019, 2020, and 2021 brought more good results, and that landed him the full-time drive with Ford for this year.

Ford and rallying are deeply intertwined in an Irish context. Indeed, for a certain sort of fan, Ford IS rallying in Ireland, thanks to the legendary exploits of the likes of Billy Coleman and Bertie Fisher, of Frank Meagher and Kenny McKinstry in various Escorts and Sierras down through the decades.

“Being a very proud Irish man, to drive for Ford is something even more special to me as Henry Ford’s father was born in Ireland before emigrating to America. The love and passion for the brand in Ireland is still huge to this day” said Breen. “To add my name to the list of drivers that have driven for Ford is a bit surreal, drivers like Ari Vatanen, Hannu Mikkola, Colin McRae and Carlos Sainz. To have my name etched in the history books besides these greats is a huge privilege.”

Breen was talking to us on the eve of the 2022 Rally Sweden, an event that’s supposed to be blanketed with snow, but which has often, of late, turned into a dirt-and-mud-fest, as rising global temperatures take their toll. Presumably even the switch to hybrid power isn’t going to make much difference to that, for now at least.

Still, Breen is looking forward to the event, relishing the challenges of the flat-out Swedish stages. “It’s definitely the fastest rally I’ve ever done. Incredibly, incredibly fast. Mostly the stages are straight and fast, but there are technical, narrow bits and those bits are very technical and very narrow. We’ve checked out the roads today, but we’re restricted to 70km/h on these tests, while in the rally itself we’ll be coming by at maybe 170 or 180km/h…”

It’s an odd feeling, says Breen, to be starting a rally so close to the front. He lies fourth in the driver’s championship heading into Rally Sweden, which means that he’ll be one of the first cars to run through each stage – traditionally a handicap on loose-surface rallies.

That doesn’t seem to faze, him, though. “I’m just really curious. I have no idea what to expect, really. We just want to give it our best shot, to try and maintain our good start, and score some good points.”

Tragedy is never far from rallying, but watching Breen pitch his incredibly rapid Puma along a twisting stage reminds you that joy, and excitement, are equally close by.