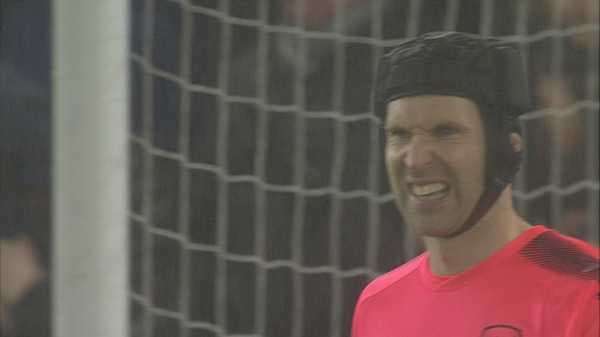 Arsenal goalkeeper Petr Cech had a moment to forget after his miskick fell straight to Jordan Ayew in his side’s 3-1 defeat at Swansea.

On what was a horrific night for the Gunners, they conceded in horrendous fashion when Nacho Monreal’s quick throw picked out Shkodran Mustafi, who dwindled on the ball before playing a back pass to Cech in extremely greasy conditions.

Cech went on to slice an awful clearance straight to Ayew, who made no mistake to roll home his fifth goal in nine games from close range.

It was the worst of a number of defensive errors from the vistors which left Arsene Wenger fuming in his post-match interviews. 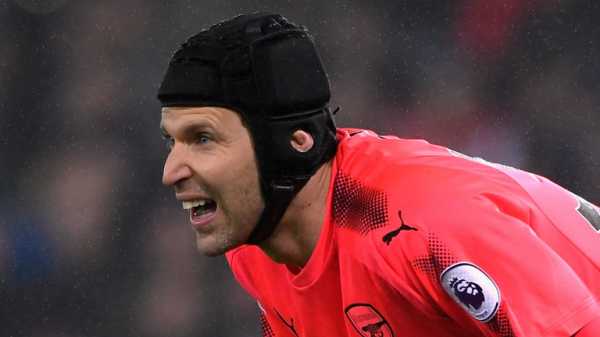 Monreal had given Arsenal the lead in the 33rd minute but Sam Clucas put Swansea on level terms a minute later, instantly cancelling out Arsenal’s first-half opener.

Cech’s scuffed kick then allowed Ayew to strike before Clucas claimed his second three minutes from time to finish off Arsenal and leave them eight points from fourth place after Liverpool’s 3-0 victory at Huddersfield.

Watch Petr Cech’s clanger by hitting play on the video at the top of the page!