France reached the final of the U20 Rugby World Cup after a 16-9 victory over New Zealand – and did so with the help of the son of a familiar face to Irish fans. 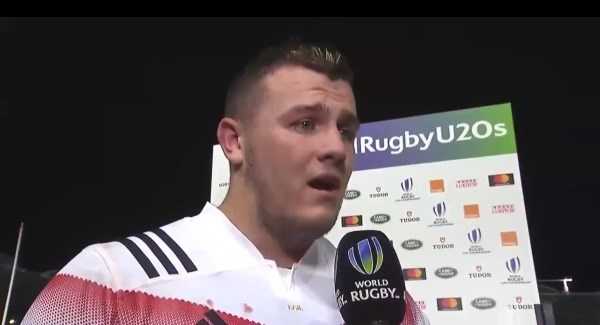 Daniel Brennan, son of Trevor, who won 12 caps for Ireland but played most of his club rugby with French club Toulouse, gave a great interview after his side secured a final berth against England.

When asked how he felt after the seven-point success he replied: “Absolutely bloody delighted.”

“The team put in such a good effort against South Africa (in the group stage) and we said we’d come back today and we had a cracker of a game.”

With Ireland struggling in the competition – they face an 11th/12th place play-off against Japan – there is at least some Irish connection in the latter stages of the tournament.