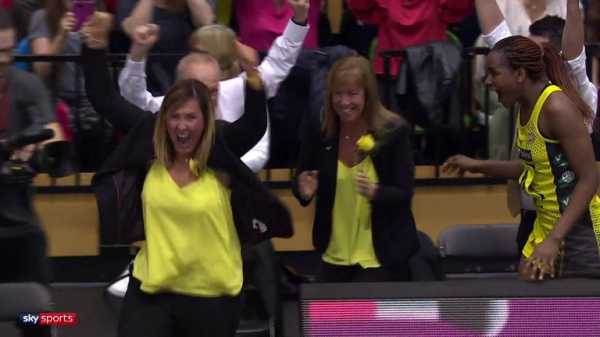 1:07 Watch the highlights as Manchester Thunder got the better of Wasps Netball in an incredible Vitality Netball Superleague Grand Final

Before the term started, Cardwell highlighted the confidence they had in erasing that fact.

Thunder started the 2020 season like they finished the one prior, with four victories from four matches. However, COVID-19 then changed everything and forced the competition to be cancelled.

Now, as the 2021 campaign begins, head coach Greig has retained the bulk of her high-class squad, added younger talent to their ranks as training partners and brought a key figure into her coaching team.

At the end of January, Tracey Neville announced that she would be returning to Thunder to join Gabrielle Towell as one of Greig’s assistant coaches.

The move marks the former England head coach’s first steps back into netball after her maternity leave and sees her return to the franchise she led to two Superleague titles between 2011 and 2015.

During that period, Greig was Neville’s assistant coach but their relationship goes back much further than that, as the duo first met as teenagers playing for Greater Manchester.

When Greig was part of the U14s and Neville the U16s, they used to train and play against each other, before Greig also joined Neville’s club team.

“Karen was one of the best on-sync shooters that I’ve ever played with. Her percentage was always high, every time she got the ball she was always on it.

“When someone asks whose hands I want the ball to be in to win a hypothetical World Cup final, myself or Karen? She was always the one that I would have put the ball in her hands as I was sure she would have got that shot in.”

One of Karen’s main traits is that she’s very mentally focused. She comes across as an extrovert, but I think she’s very intrinsically motivated. She knows what she wants to do, how she’s going to get there and in doing that, she’s probably one of the most organised people I’ve ever met.

The duo’s on-court partnership remained throughout their domestic and international playing careers and during that time, their friendship flourished too. Both women know each other extremely well and that knowledge underpins their professional relationship.

“Karen’s meticulous and her attention to detail is so amazing. I think that’s why she has created a lot of success for herself as a coach,” Neville said about her head coach.

“Karen has this natural ability of bringing out the best in people. You always need someone by your side in training session who can take the mickey out of you and laugh at you.

“But, you also have confidence in them to be able to deliver the messages that you really want, in order to increase the performance of the franchise. That’s really important.” 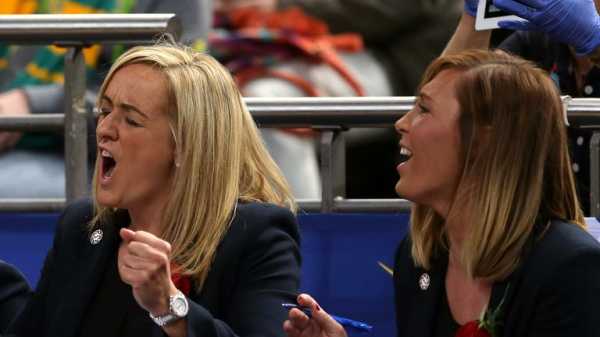 Of course, this time around at Thunder the shoe is on the other foot with Greig leading the charge and Neville being her assistant.

After such a long time being the person who the buck stops with, Neville is eager to grow into her new position within the coaching unit.

“I’m really challenged to be in that role and hopefully I can take on that role and give Karen the confidence that she’s got someone behind her who is really supporting her and challenging her.”

“When she came back, I thought that it was going to be a challenge for her to be an assistant coach and then I thought, let’s challenge her even further and throw some defensive unit work at her as well.”

With the likes of Cardwell and Malcolm continuing to thrive on an international stage, Caroline O’Hanlon highlighting her class during the recent Vitality Legends Series and captain Emma Dovey anchoring them defensively, Thunder have all the elements they need on court.

But, as any head coach and athlete will tell you, the culture at a club is vital too and both Neville and Greig will be working hard to ensure Thunder’s remains as strong as ever.

“From Tracey coming in as head coach [back in 2011] and instilling those qualities, I know that they were qualities I wanted to carry on when I took over.

“Some of the girls that we’ve still got this year, played under Tracey, as did I. So, that family unit of players and the respect that the players give to us, is something that we want to continue.

“The girls definitely know when they have to work hard for us, but there are times when they know they can have a giggle, a bit of banter and give a bit back [to us] as well. It’s really important that there’s two sides to it.”

For Thunder, the first time they’ll test the fruits of their culture in a competitive environment, will be against Strathclyde Sirens on the opening night of the season in Wakefield.

At Studio 001, they will be second on court and after that, they have the chance to scope out their rivals for the rest of the opening weekend.

With Greig, Neville and Towell in charge, and an ambitious squad remaining, the 2019 Vitality Netball Superleague champions look well-placed to keep their eyes on the prize and do everything they can to write a new piece of history and secure titles in successive (completed) seasons.

Sky Sports is your home of netball. The Vitality Netball Superleague returns on Friday at 4.45pm on Sky Sports Mix, with a 10-match weekend. Every contest will be available to watch across Sky Sports, the Sky Sports YouTube channel or England Netball’s YouTube channel.