Tyson Fury tried to walk away from boxing.

He said he would be going, he announced he would be retiring, but ultimately couldn’t bring himself to do it.

A little over seven months after beating Dillian Whyte at Wembley in April, Fury will be back in action today at the Tottenham Hotspur Stadium in London against Derek Chisora. 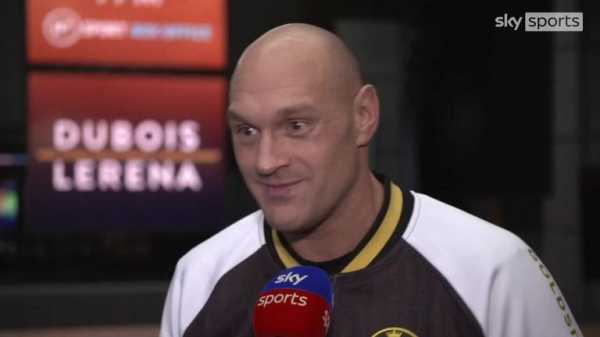 Tyson Fury has revealed he’s keen to complete 12 fights next year, with plans to take on ‘random’ people around the world following a defence against Derek Chisora

Fury is indulging no further talk of retirement. When it comes to giving up boxing, he revealed: “I’m terrified of it.

“Hard is an understatement. I can’t think of the most complex word to describe giving this up. It’s more addictive than anything on the planet. I think going one on one with another highly trained athlete, you’ve got all the crowd there, the electricity of everything.

“While I’m not doing that, I’m just mundane, don’t look forward to much. But as soon as I know I’ve got a fight coming up, boom, my eyes glow up. I feel a feeling inside of me bubbling [like] a pot that’s on the simmer, boiling away. I just cannot wait to fight.”

It’s not just training in the sport which he feels he needs. It’s the crowd, the contest and fight itself.

“It’s really the competition that’s the addictive thing, it’s not the training. I used to think it was the training but it’s not because all the time I was out for the four months I was out retired recently, I was training every day but I wasn’t happy,” Fury said.

“So it’s definitely the boxing side of it. I believe when God’s ready for me to move on and get out of boxing, I’ll be shown a way out. And whatever I do next will be double as big as what I’m doing now. 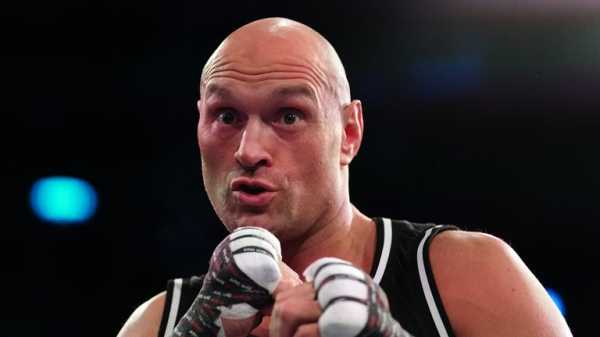 Image: Tyson Fury explains the allure of the crowd and a top level fight

Fury maintains that Chisora can be dangerous, even though the reigning WBC heavyweight champion has beaten his old rival twice previously in his career.

“They are all threats. Everyone in this heavyweight division is a threat for sure,” Fury said.

“All of these odds, overwhelming odds on fighters are a joke because it’s only a two-horse race. Anyone can knock anybody out if they catch them. They’re all dangerous. That’s why I never look past anybody and I always give everybody 100 per cent respect. 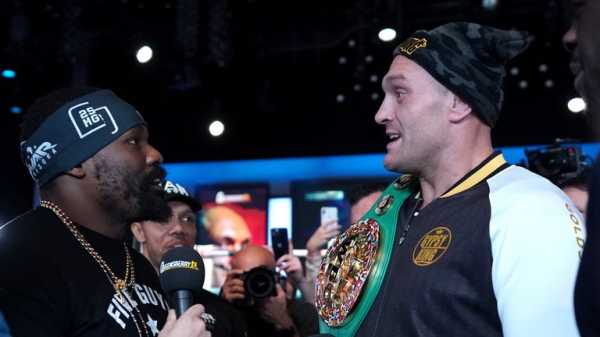 “I’m looking forward to putting on a good show. I know Derek’s in good shape and I’m in good shape so it’ll make for an exciting fight while it lasts.”

But Fury doesn’t intend to let it last too long. With trainer SugarHill Steward Fury has been adapting his fighting style.

“From a little kid I’ve always had a natural ability to beat somebody in front of me. That’s it and now as a man, as a very experienced, mature man at 34, I know what I’ve got to do and I know how to do it. I’ve got to be smarter,” he said.

“I am not the same Tyson Fury from 2009, ’10, ’15, ’14. I am much older. Like we saw with George Foreman in his second career, he changed his style. You’ve got to be smarter. [Bernard] Hopkins was a smart fighter in his later age. I am not the same reflex fighter as I was, missing every punch. I’ve changed up my style now. 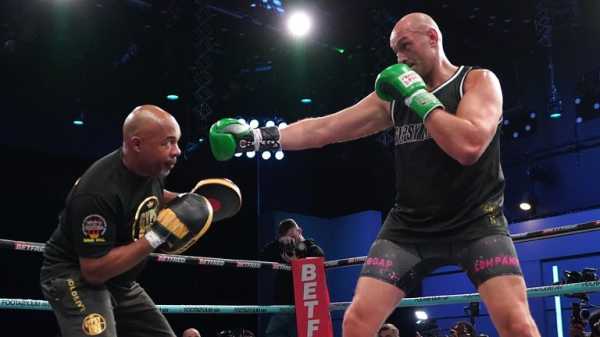 Image: Fury has been adapting his style with trainer SugarHill Steward

“I am a bit more smarter and a bit cuter and I do more damage with my punches. That’s mainly factoring what SugarHill has brought to the table. Before SugarHill, I was erractic. I was all over the place. If you threw 100, I’d want to miss 110 of them. But now I’m not in a rush. And everything’s been slowed down to do maximum damage. That’s what we’re going for every time.

“This will be my fourth fight in a row where we are looking for a knockout and I’ve done three in a row so far. Before that I never used to look for knockouts. It would just be points, moving around and if the knockout comes, it comes.

“Now we’re trying to get a knockout every time.”