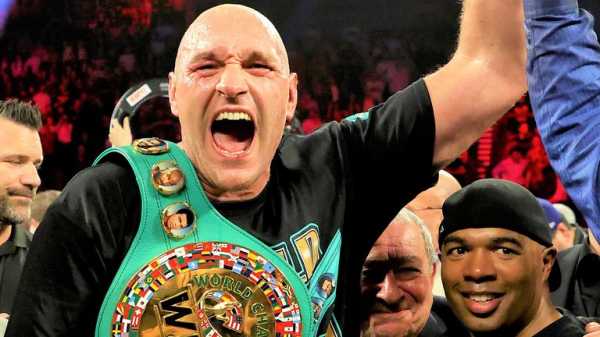 “Here comes the bride” bellows Tyson Fury from his kitchen, cue laughter from his kids and from the latest addition to his home, Sugarhill Steward.

A week living with the American trainer who masterminded Fury’s destruction of Deontay Wilder will conclude with a family wedding then a barbeque this weekend, the end to seven days of bonding where the WBC heavyweight title trilogy fight is strictly not to be mentioned.

“It looks like I’m the champ, huh?” Steward tells Sky Sports about his glorious reception in Morecambe, Lancashire, where the entire Fury clan has welcomed him “like a brotherhood”. This vacation, as he insists on calling it, is a personal trip but it is rooted in serious business – although it is unspoken, they all know what looms for Fury in the coming months.

Steward, nearly 4,000 miles from his home in Detroit, replies: “I do and Morecambe Bay likes me too.”

This is Tyson Fury’s seaside empire – a quiet town where the residents barely bat an eyelid at seeing his monstrous physique jog past, where even the seagulls respect his space.

“I’m on top of the world,” Steward jokes as he climbs a playground on the beach with childlike enthusiasm. He is joking but, of course, this is the unbeaten world heavyweight champion’s trainer and they are on the crest of a wave although you would not know it by their daily fun.

“Get your two best mates against me and Tyson,” Steward challenges.

“I’m staying at his house. No hotels for me. I feel like family. When Tyson came to Detroit he was treated like family. Now, it’s the same.

“It’s just time together. Training? It’s not really like that. I’m on vacation here, we both are. We’ve done some working out because that’s what he loves to do.

“We are like twins, Arnold Schwarzenegger and Danny DeVito.”

People may think Fury has the size of Arnie but the personality of DeVito, so which is which?

“Everybody else can figure that out…” 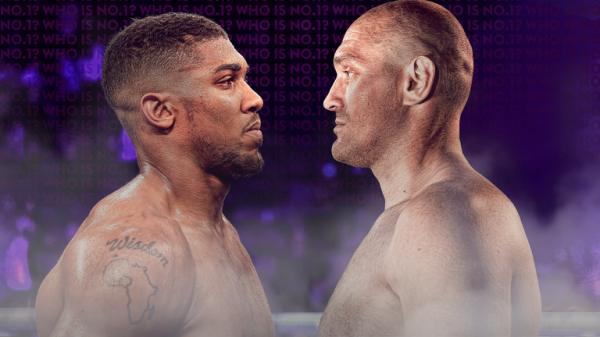 Emanuel Steward is never far from his nephew Sugarhill’s thoughts. A legendary trainer of 41 world champions, Emanuel built Detroit’s Kronk gym into a boxing hotbed which a young Fury visited a decade ago, never forgetting what he saw. Sugarhill absorbed everything his uncle preached and, six years after Emanuel’s passing, was hired as Fury’s new trainer. The Kronk gym philosophy was used to bring Wilder down and capture the WBC title.

The temperature in Fury’s new facility in Morecambe is cranked up to replicate training in Las Vegas, where his third meeting with Wilder is pencilled in for December 19.

“Everybody wants to be back working again,” Steward says. “He wants to train for a fight and to compete. His last fight was historical for so many reasons so he wants to get back in there again.

“But he’s not breaking dishes or having temper tantrums about it.

It is clear the eccentric Fury must find a calming presence in Steward who speaks in a smooth, drawn-out twang.

“We feed off each other,” he explains. “If I was worried, maybe he’d be worried, and vice versa. We set each other straight. Worrying is wasted energy and that kind of stuff adds stress.

“We talk boxing because we’re building a boxing gym.

“Emanuel would tell me: ‘You will make mistakes if you over-think it’.

“There will be two different men in the ring [when Fury and Wilder fight again].

Steward is asked how he and Fury can possibly improve upon the perfect performance which ended Wilder’s unbeaten record when he interrupts.

“It wasn’t perfect. Where I’m from, what I was taught? The perfect fight is when the bell rings – BANG! It’s over. Anything apart from that? There is room for improvement.”

“Look at Tyson – he was undefeated, the champion, on top of the world. But he called me to break him down and build him back up again.

“Nobody does that in boxing. Everybody gets to the top, then that’s it.

“Tyson has the mentality that he wanted to be broken down and built back up. Nobody else would think to do that. Every day in training for Tyson is like the first day of school, like he knows nothing of boxing.

“I’ve never heard of, in any sport, an elite athlete saying: ‘I want to be better than what I already am’.”

The obvious example to throw back is Wladimir Klitschko, who was reborn under the tutelage of Emanuel Steward and turned into the heavyweight division’s dominant force until his reign was ended in 2015 by Fury.

But Sugarhill Steward disagrees: “I wouldn’t say that. He didn’t want to be broken down and built back again. Wladimir had losses and, at that point, wasn’t on top. So it wasn’t like that. It was different. This man Tyson has never, ever lost.”

The rematch with Wilder concluded after two knock-downs when the towel was thrown in to rescue the defending champion. Wilder’s head trainer Jay Deas afterwards claimed Mark Breland, who was also in the corner, threw the towel.

Can such an act damage the relationship between fighter and trainer?

“I did the same thing when I threw in the towel for Anthony Dirrell against David Benavidez to allow that man to fight another day,” Steward says.

“I don’t call it brave – you don’t have to be brave to do what’s right. I didn’t think twice about throwing in the towel – I know that fighter best, I trained him, I make the decision.

“The way I look at it? The towel came in to allow [Wilder] to fight another day.

“It can bring you closer or, for somebody who thinks differently, it can tear you apart.”

The silence has been deafening from Wilder and his camp ever since.

“I don’t think it’s unusual,” Steward said. “Everybody does things differently and I have to respect that. If the shoe was on the other foot, I’m not a talker either. I’m a doer. You don’t have to talk – the best thing to do is to prepare, then go out and show it.

“Don’t do a lot of talking, be quiet. I am happy and fortunate that I never do that because I learned from Emanuel, who raised me to do certain things.”

Steward hinted at retiring after Fury’s win over Wilder yet here he is, enjoying the weather that he brought over from Detroit to Morecambe.

“I’m on vacation so that’s still a good question,” he teases. “That’s still official, what I said. But nobody else has been named as his trainer!” 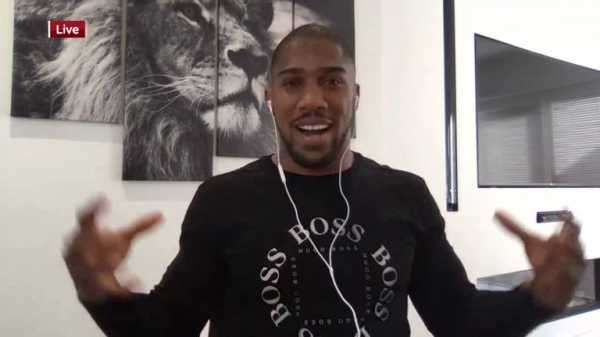 “Tyson is unique, determined, a special individual,” he says. “He is special because of how he touches so many people. He touches their hearts. People gravitate towards his personality. He will be remembered.

“I learned more about him, we’re always learning more about each other. He loves the people. He knows without the fans he wouldn’t be where he is. He is a special person, he isn’t selfish. He cares and understands how the people feel because he has been there before himself. He has lived and learned. He had a rough road to where he’s at now – this hasn’t been easy for Tyson. His journey made him who he is now.”

Before he can get too serious, an accusation is thrown at Steward that he used the last of a drink from the kitchen. He bats it off and blames another family member.

Then Fury bellows down the phone in a way that only Fury would. Everybody laughs at what he says.

With that, Steward says goodbye; his week at the Fury family home continues with a wedding and a barbeque to prepare for.