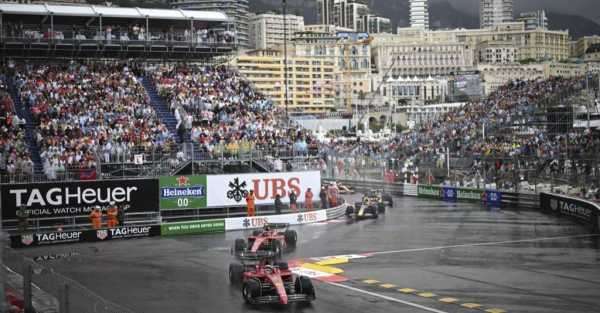 Mercedes boss Toto Wolff says Monaco should not take its place on the Formula One calendar for granted.

As it stands, Sergio Perez’s drive to victory on Sunday, will be the last on Monte Carlo’s famous streets unless a new deal is agreed.

It is unlikely the sport’s showpiece event will fall off the schedule, but a contract extension is not imminent. Indeed, it could be several months before an agreement is reached.

F1 bosses are understood to be pushing for changes to the two-mile course – which has been largely unchanged since the first race in the principality almost a century ago – while there are also question marks over the track’s facilities. Sunday’s race was delayed following a power outage after a downpour moments before the start.

Monaco’s hosting fee, thought to be in the region of £10million, is under review, while other sticking points – including ACM’s control of the global television feed and its insistence that its Grand Prix must take place on the final weekend of May – are also up for discussion.

“I am biased because I live here, I love the city, and what Monaco has to offer is spectacular,” said Wolff.

“But it needs a positive approach from both parties.

“Monaco has to embrace the new realities of what Formula One stands for the and the impact it has on the world.

“Monaco will always be respected within the Formula One community as something that is special and if we didn’t race in Monaco, that would be a shame from my perspective as a team owner.

“But no one should take anything for granted.”

While Perez claimed his first win in Monaco – after Charles Leclerc’s dream of finally winning on home soil was scuppered by his flat-footed Ferrari team – Lewis Hamilton started eighth and finished in the same position.

The seven-time world champion lost time scrapping with Alpine’s Esteban Ocon and then spent the second half of the race stuck behind double world champion Fernando Alonso.

George Russell finished fifth in the other Mercedes and is 34 points ahead of Hamilton in the standings. Russell has taken the chequered flag ahead of his team-mate at every race, bar the opening Bahrain Grand Prix in March.

“I am sorry I haven’t given you any great results this year but I won’t give up,” said Hamilton, 37, in a post to Instagram.

Wolff added: “Lewis had contact with Esteban and was then stuck behind Fernando.

“The pendulum will swing between Lewis and George and these unlucky situations with Lewis will stop. Both drivers are very much on the same pace.”