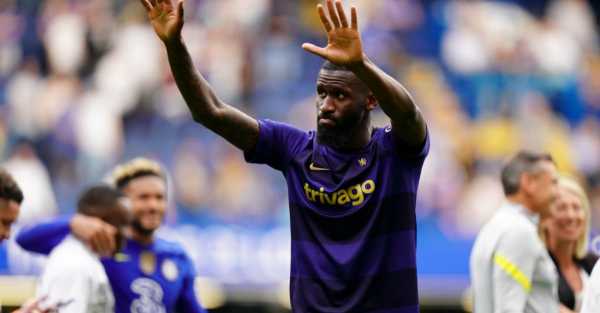 Chelsea defender Toni Rudiger will join Real Madrid at the end of his current contract, the Premier League club have announced.

The 29-year-old will leave Stamford Bridge after five years after turning down a lucrative new deal, instead choosing to join the European champions on a free transfer.

A statement on Chelsea’s website read: “We bid farewell to Antonio Rudiger as he departs Stamford Bridge with his Chelsea contract expiring, bringing to a close his five trophy-filled years with the club.

“The German defender has left the Blues to join Real Madrid, having played a huge role in our successes in recent seasons.

“Rudiger lifted the FA Cup, Champions League, Europa League, UEFA Super Cup and FIFA Club World Cup with Chelsea, playing a crucial role in all those triumphs at the heart of our defence.”

The Germany international said on Instagram: “I’m proud to announce that I’ll be joining @RealMadrid.

“I’m super excited for all the challenges ahead and can’t wait to play my first games for this huge club.”